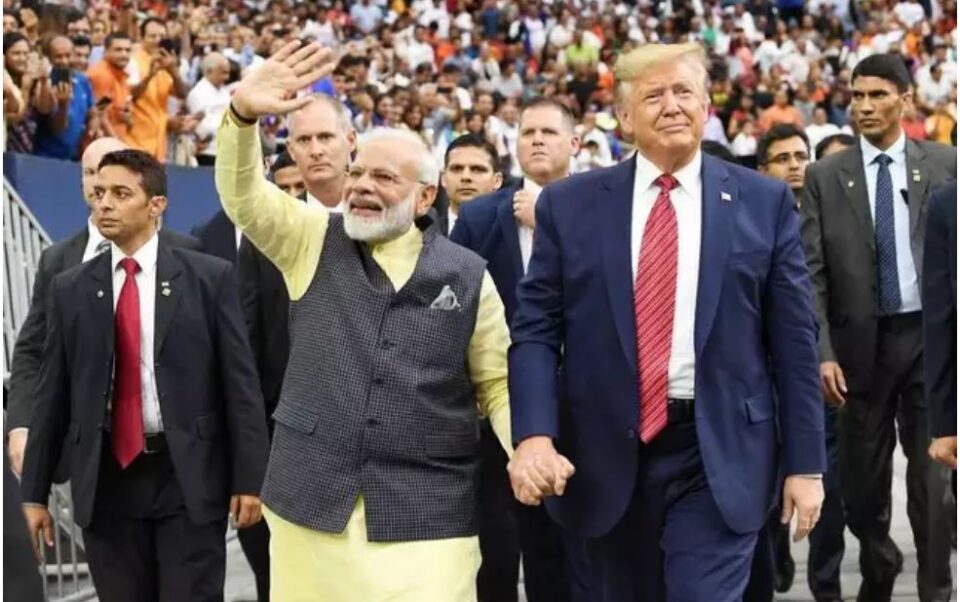 New York, Aug 23 (IANS) US President Donald Trump’s supporters have produced a video ad targeting Indian-Americans as he campaigns against the Democratic Party ticket that has Kamala Harris, who is of partial Indian descent, as the Vice-Presidential candidate.

The ad has clips from Prime Minister Narendra Modi’s “Howdy Mody” rally in Texas last year and Trump’s Ahmedabad “Namaste Trump” meeting this year, with both leaders proclaiming their and their nations’ close ties and friendship.

“We have come to know the splendor of four million Indian Americans. They are truly spectacular people. Thank you all for the contributions you have made to my beloved country,” Trump says in a clip from the Ahmedabad meeting.

“I have the honor to introduce you to my family,” Modi says in the Houston clip.

Credit for the ad’s concept is given to Al Mason, the co-chair of the Trump Victory Indian American Finance Committee.

Mason, who described himself as a consultant on educational institutions, hospitals and global real estate investments, tweeted: “Trump Power: 50% + Indian American Democrats In Each of The Battle Ground State Are Crossing Over To ReElect President @realDonaldTrump.”

There are about ten battleground states that, according to analysts, are not firmly committed to either party and can swing either way. They are crucial in US presidential elections because the victor is not decided by popular votes but by state representatives voted to the electoral college where a majority is required for election.

Although Indian American voters are estimated to number only about 1.8 million, their votes in the battleground ground states could contribute to making a difference because Trump carried Michigan in the 2016 election only by about 10,000 votes.

According to Pew Research Center, 65 per cent of Indian Americans are Democrats or lean towards the party and the Republicans have been trying to wean them away.

Indian Americans also wield social influence as doctors and academics and also a source of political funds since they are the highest-earning ethnic group in the US.

Trump made a special outreach towards Hindus, who are a major component of the Indian American community, during the 2016 election addressing a huge rally organized by the Republican Hindu Coalition, the first time the candidate of a major party directly appealed to these voters.

Trump’s son Eric also visited a Hindu temple in Florida during the 2016 campaign.

Appeals to voters on the basis of religion is legal in the US and practiced by all parties, although it was only the Republicans who reached out to Hindus in their campaign.

Now with a person with partial Indian American heritage – one of the “truly spectacular people” in the words of Trump – running for Vice President as a Democratic Party candidate, Republicans are gearing up their campaign for this segment.

Kimberly Guilfoyle, the chair of the Trump Victory Finance Committee, soon after tweeted: “America enjoys a great relationship with India and our campaign enjoys great support from Indian Americans!” with the Trump ad targeting Indian Americans.