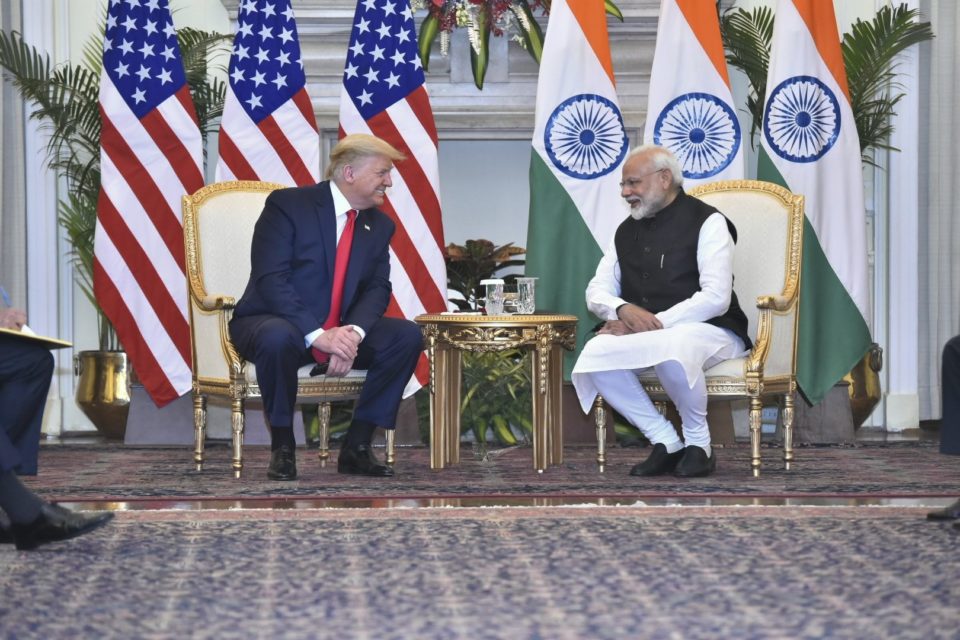 On the second and final day of his state visit to India, the President discussed the potential of trade, investment, protection of intellectual property rights, H1B visas, along with India’s energy security, with policy makers here.

Besides talks, India entered into agreements to purchase $3 billion worth defence equipment such as military choppers from the US.

Importantly, the discussions centred around trade-related issues, with both sides, showing optimism to reach a much-awaited trade deal.

“Our teams have made tremendous progress on a comprehensive trade agreement and I’m optimistic we can reach a deal that will be of great importance to both countries.”

According to Trump, since he assumed office, US exports to India are up nearly 60 per cent and “exports of high-quality American energy have grown by 500 per cent”.

At present, India has a trade surplus with the US, and it is understood that discussions were held to bring down this down.

The US President further said that as India grows, “so do its energy needs”.

“Yesterday, ExxonMobil signed a deal to improve India’s natural gas distribution network so that the US can export even more LNG to India,” he noted.

Lately, the US has emerged as a large LNG exporter to India.

Besides, Trump announced that the US will establish a permanent presence of the US International Development Finance Corporation in India.

Moreover, the two sides discussed the importance of a secure 5G wireless network.

Later during the day, Trump invited India Inc to invest “billions” of dollars in the US to reap the benefit of tax and regulation cuts that his administration has implemented, and to create jobs in the US.

He extended the invitation during an interaction with top honchos of India Inc including RIL’s Mukesh Ambani, Aditya Birla Group’s Kumar Mangalam Birla and Tata Group’s N. Chandrasekaran amongst others at the business round table event organised at the US Embassy.

Talking about an upcoming tax cut for the American middle class and the fact that unemployment in the US was at a record low, Trump said that the US economy was performing very well and that the consumers there have more disposable incomes due to growing numbers of jobs.

He said that governments can only help in employment generation, but it is the private industry which actually creates jobs.

Trump also said that the US might not sustain healthy economic performance, if he is not re-elected in the Presidential polls this year and the unemployment rates might soare.

He also contented that a re-election will swell the stock markets, while a defeat will lead to a massive crash.