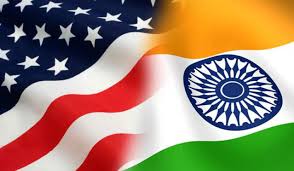 New York, Sep 4 (IANS) About 200 US companies have expressed interest in coming from China to India, according to Mukesh Aghi, the president of US-India Strategic Partnership Forum (USISPF).

The organisation, which promotes bilateral business and trade relations between the two countries, has received enquiries from those companies about how to invest in India and they have a potential for bringing $21 billion in investments to India, Aghi said during an interactive session at Tamil Nadu Chief Minister K. Palaniswami’s meeting with investors here on Tuesday.

India’s Consul General Sandeep Chakravorty also said that there was a lot of interest from US companies to relocate from China to India and he hoped that Tamil Nadu is rolling out the red carpet for them.

US President Donald Trump’s trade war with China, the problems with protecting intellectual property and restrictions on doing business have prompted many US companies to look for other places to move or expand operations.

By investing in other countries these companies may be able to avoid the high tariffs imposed by Trump, some of which went into effect in September.

Aghi asked USISPF board member and former US Ambassador to India, Frank Wisner, what India and Tamil Nadu should do to get those companies to come there.

Wisner said that the Centre has to reform labour laws to make the condition of employment of workers easy, enable the acquisition of land easier, create reliable tax systems and establish a solid financial sector that is able to fuel investment.

The responsibility of the state is to provide “a framework of welcome” for copanies wanting to relocate or invest by helping them find land facilitating clearances, and running interference with Delhi, said Wisner, who is now International Affairs Adviser to the global law firm, Squire Patton Boggs.

He added that the state also has to provide “the kinds of educational and health infrastructure that is required not only for work force, but for managerial talent”.