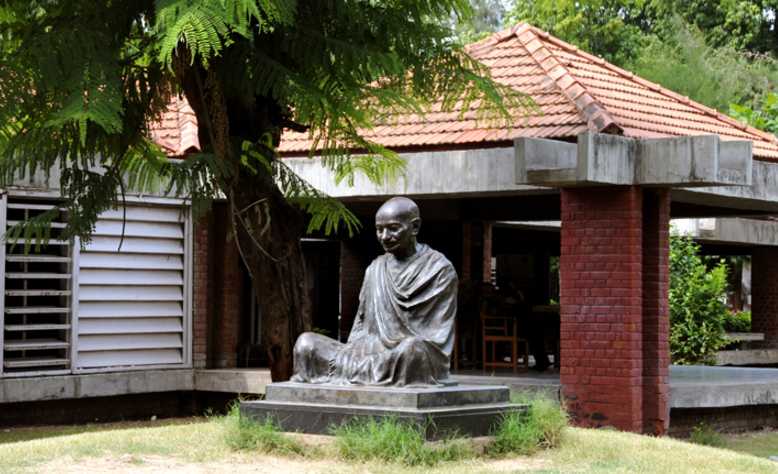 Gandhinagar, Feb 21 (IANS) US President Donald Trump will be cutting short his stay in Ahmedabad to accommodate his likely Agra visit and the dinner at Delhi. Sources said his visit to the Gandhi Ashram at Sabarmati is in all likelihood cancelled.

“We are yet to receive any confirmation about the Presidents’ plans regarding the Gandhi Ashram visit, but 99 per cent, it is scrapped,” said a state government official.

The Trumps were expected to spend about half-an-hour at the Ashram. A new parking space was being created at the place. A platform was being built on the rear side of the Ashram so that Prime Minister Narendra Modi could show the entire Sabarmati riverfront to the visiting dignitaries from one place. A special room was also being prepared at the Ashram, where the dignitaries would be spending some time. Sources said all that work has been halted for now.

So, now the mega event — the 22 km roadshow from the airport to the Sabarmati Ashram — has been reduced to 9 km. Now, the Trump couple accompanied by Prime Minister Narendra Modi will be driving straight to the Stadium from the Ahmedabad airport.

The change in plans can also be attributed to the fact that there’s also a dinner arranged in the evening in Delhi which the US dignitaries are expected to attend.