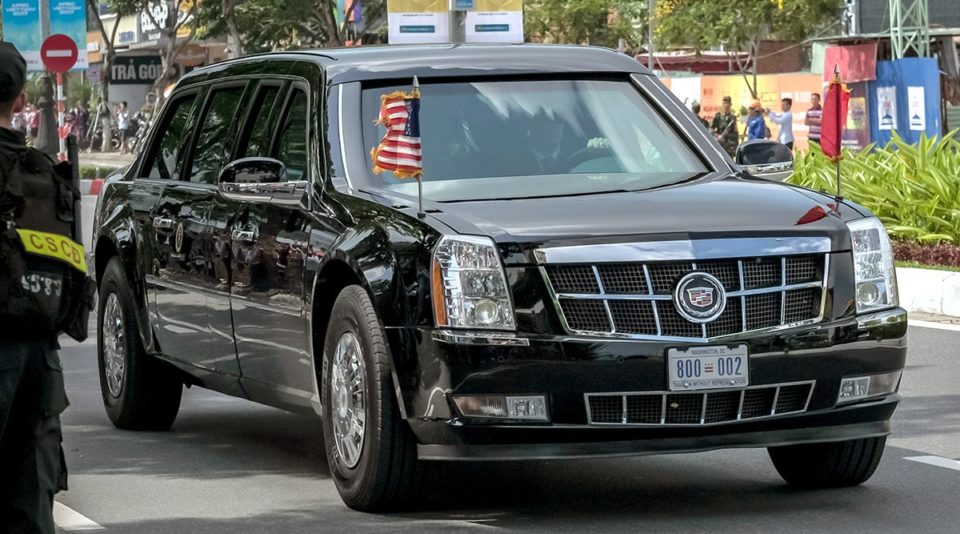 New Delhi/Washington, Feb 21 (IANS) US President Donald Trump and First Lady Melania will be driven around in India in his ‘Beast’, a 2018 model of a unique Cadillac which serves as a miniature version of White House.

Air Force One is not only a flying Presidential palace with conference rooms and staff, the US President is able to act as commander-in-chief from aboard the plane. He can direct wars or even nuclear war if it comes to that. It also carries the Beast with it in the hold for the President when he is on the ground, almost anywhere in the world.

The Presidential Cadillac is actually a giant Chevrolet SUV platform underneath a body designed to look like a cadillac. That gives it the ability to be armored, tough and able to hammer its way out of a crisis situation, while at the same time being a rolling symbol of American class. “All the other big shots in the world have to buy armored Mercedes or Rolls Royces or BMWs. The American President travels with his own luxury war machine, like a little White House on wheels,” Harbir Singh, an automobile expert said.

Until the assassination of John F. Kennedy, US Presidents would often stand and ride uncovered in their state cars for the sake of their fans. However, Kennedy’s assassination led to tight security regimen with introduction of bullet-proof, armored and sealed cars.

Motorcades escorting the US presidential state car constitute around 50 vehicles maintained by White House Military Office and helicopters of Marine One.

US secret service agents, for the last several months, have been scrutinizing every detail of President Trump’s travel logistics and secure exits in case of an attack in New Delhi, Agra and Ahmedabad.