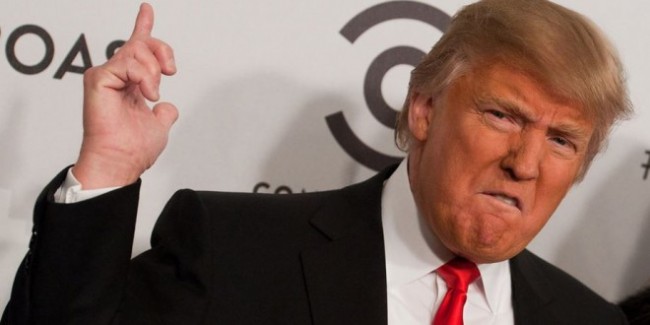 Washington, Oct 22 (IANS) Win or lose. Donald Trump may or may not be able to “Make America Great Again”. But one thing is sure, American politics will never be the same — and so much fun — again!

The Republican presidential contender though has promised to keep the party going long after the last vote is cast and counted keeping all in “suspense” over whether he would accept the result of what he has dubbed a “rigged” election.

As “horrified” pundits, the President and rival Democratic contender Hillary Clinton looked askance at this “attack on democracy”, the brash billionaire assured that “I will totally accept the results of this great and historic presidential election — if I win!”

Trump also recalled how Democrat Al Gore first conceded the 2000 presidential election to George Bush and then withdrew his concession when he found that some “hanging chads” and “butterfly ballots” in Florida could change the outcome.

Barack Obama, the current tenant of the White House, dismissed Trump’s fears of a “stolen election” as “whining before the game is even over” but his supporters went wild over his “major announcement” at a campaign rally.

With Clinton topping Trump by six-plus points in the first polls after the last debate just 17 days before the November 8 election, the “dishonest liberal media” as he calls it, suggested that the mogul was preparing a ground for his defeat.

Time magazine claimed the reality star was planning to turn his likely loss into a win by setting up a “media entity” and forming a political action committee to exact revenge against “disloyal” Republicans who have deserted him.

The pundits conceded the brash billionaire had delivered his best presidential debate performance, for once focusing on policy issues — jobs, immigration and trade deals — but suggested he had frittered away the gains with his rash declaration.

By disparaging his “groping” accusers, now numbering 10, as fame seekers or agents of Hillary, whom he called “such a nasty woman”, and vowing to throw out “some bad hombres” Trump had lost the two groups he needed most – women and Hispanics.

He had also failed to capitalise on WikiLeaks’s steady drip-drip-drip of revelations from Clinton campaign chairman John Podesta’s hacked emails, by offering media some juicy morsels of his own to chase.

Stories about Clinton’s key Indian-American aide Neera Tanden suggesting that “her instincts are sub-normal” and “apologies are like her Achilles heel” got little play amid Trump’s “bimbo eruptions”.

So did Clinton’s admission to Wall Street bankers about her dream of “a hemispheric common market with open trade and open borders” or reports of Clinton Foundation donors’ “expectation of quid pro quo benefits in return for gifts”.

After declining to shake hands at their last debate, the rivals carried their bitter feud to a New York charity dinner that has been a good-natured roast of presidential candidates for decades.

“Just before taking the dais, Hillary accidentally bumped into me. And she very civilly said, ‘Pardon me’,” said Trump, as murmurs filled the room, “I very politely replied, ‘Let me talk to you about that after I get into Office’.”

Clinton hit back playing the Russian card. If at the debate she had insinuated that Vladimir Putin’s hackers were trying to put a “puppet” Trump in the White House, she suggested the mogul was “translating from the original Russian” on his teleprompters.

She also wondered “How is Barack going to get past the Muslim ban?” to visit the White House for a traditional reunion with former presidents under a Trump administration.

Crowds are still surging at Trump rallies and at least two polls — with one considered the most accurate in recent elections and the other that had correctly forecast the margin of Obama’s victory over Republican Mitt Romney in 2012 — still had him one point ahead.

Another poll found that while Clinton won the final debate handily, over six in 10 undecided or third-party voters said they would vote for Trump over her.

So would he again pull a rabbit out of his hat and “shock the world” with a poll-defying “Brexit-Plus” win or would it turn out to be “the greatest waste of time, money and energy” for Trump?