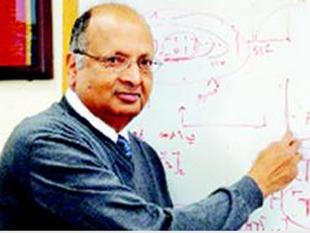 Paulraj, 69, is the winner of the Marconi Prize 2014 for his pioneering work on developing wireless technology to transmit and receive data at high speed. 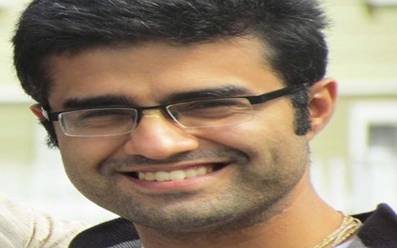 Asnani, 27, was chosen for the Society’s Paul Baran young scholar award for his outstanding work and contribution to point-to-point and multi-terminal channel coding and source coding problems.

“The prestigious awards will be presented to Paulraj and Asnani at our annual event Thursday at the National Academies of Sciences in Washington DC,” Marconi Society chairman David Payne told IANS from the US.

Named after Nobel laureate Guglielmo Marconi (1874-1937), who invented radio, Marconi Society annually awards outstanding individuals whose scope of work and influence emulate the principle of “creativity in service to humanity” that inspired the Italian inventor.

Marconi’s daughter Gioia Marconi Braga had set up the society in 1974 through an endowment.

Paulraj will receive $100,000 (Rs.60 lakh) honorarium and a sculpture, while the award for Asnani includes a cash prize of $4,000 (Rs.2.4 lakh), which is given to research scholars who are 27 at the time of nomination, as Marconi was when he invented wireless telegraphy.

Born in Coimbatore in Tamil Nadu, about 360 km from here, Paulraj was also honoured with the IEEE Alexander Graham Bell Medal in 2011 for his profound work on theoretical foundations of MIMO.

“Paulraj is the only India-born scientist to receive both the Marconi Prize and the Bell Medal — the two top global IT technology awards,” IndiaTechOnline.com editor Anand Parthasarathy told IANS here.

Asnani, who hails from Kota in Rajasthan, is also a system engineer at the Swedish telecom major’s research and development centre in the Silicon Valley, off the US west coast, besides pursuing doctorate (Ph.D) at Stanford University’s Electrical Engineering School.

Though Asnani aspired to become a neurosurgeon as a child under the influence of his parents who are medical doctors, his exposure to mathematics and physics as a teenage helped him earn the fourth rank in the IIT joint entrance exam.

Graduating from IIT-Bombay in electrical engineering in 2009, Asnani went to the US to do masters (MS) at Stanford and enrolled for Ph.D in the same subject.

“In addition to citation and cash prize, the young scholar award for Asnani provides travel stipends to enable him attend our events, as we consider him to be an integral part of the society,” its young scholar selection committee head Bob Tkach said by e-mail.