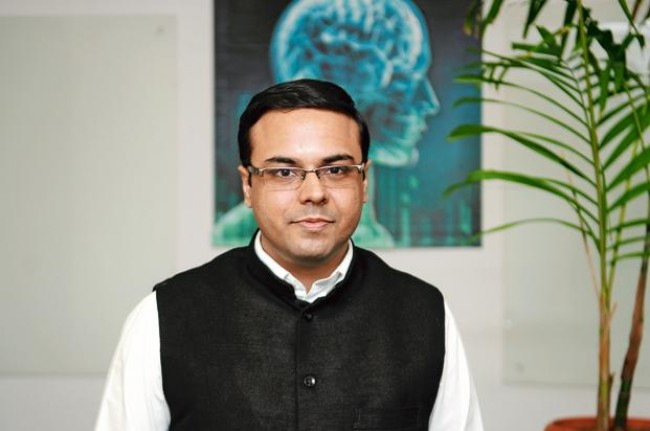 New York, June 9 (IANS) For building a phone “that can understand almost any language”, an Indian software engineer has found a place in Time magazine’s 2016 list of “Next Generation Leaders”. He is Umesh Sachdev.

His new telephone alows the user to use internet almost in any language. Thirty-year-old Sachdev is co-founder and CEO of Uniphore Software Systems since 2008. The other co-founder is Ravi Saraogi.

The Chennai-based startup produces software that allows people to interact with their phones and access services such as online banking by communicating in their native languages, Time said in its profile on Sachdev.

“At last count, Uniphore’s products, which include a virtual assistant able to process more than 25 global languages and 150 dialects, were being used by over 5 million people, mostly in India but alos beyond,” it added.

In 2009, Umesh was identified as an innovative entrepreneur by the Ministry of Science and Technology’s Technopreneur Promotion Programme (TePP), according to his profile in Uniphore.

“Phones can help increase financial inclusion or help a farmer get weather information,” Sachdev said in the Time profile.

“But you need a way for people to interact with the technology out there,” he said.

Time said through the software, Sachdev is building bridges and helping “hundreds of millions of people cross the divide between the digital and the real world by harnessing the power of speech.”

Sachdev found solution to a problem that phones didn’t carry the language of villagers in rural India, it noted.

US indispensable partner of India: Modi at joint sitting of US Congress