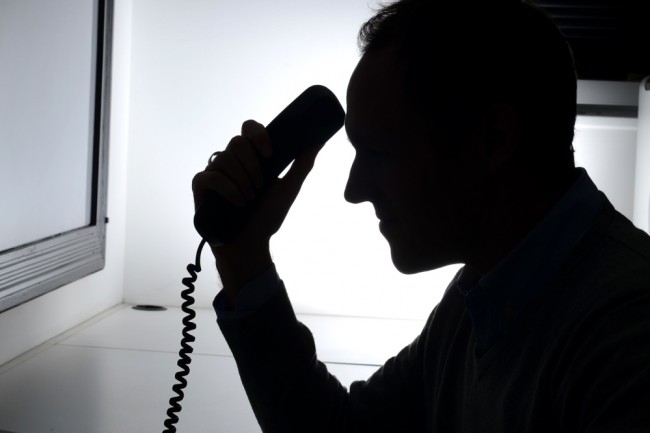 New York, Oct 28 (IANS) US authorities have arrested 20 people and charged 32 others in an India-based scam that allegedly extorted hundreds of millions of dollars from Americans with persistent, threatening calls.

Assistant Attorney General Leslie R. Caldwell announced the crackdown Thursday, declaring: “The arrests we made today demonstrate the Justice Department’s commitment to identifying and prosecuting the individuals behind these impersonation and telefraud schemes, who seek to profit by exploiting some of the most vulnerable members of our communities.”

She said that the US would ask New Delhi to extradite those in India who were charged.

Five Indian call centres were also charged in connection with the alleged scam.

According to media reports, $300 million was allegedly extorted from about 15,000 people.

Officials did not name the people arrested.

Authorities said in a chargesheet filed in a Texas federal court that “the sophisticated fraudulent scheme organised by conspirators in India, including a network of call centres in Ahmedabad” phoned individuals in America and pretending to be tax officials told them that they would be arrested if they did not immediately pay what they claimed were tax arrears or penalties.

Those who fell for the scam were asked to buy prepaid credit cards or gift vouchers and hand them over to their associates in the US.

The US-based associates then transferred the money to India through hawala, according to the chargesheet.

A New York-based IANS correspondent has received these threatening calls almost every week from people with heavy Indian accents or a flimsy attempt to imitate an American accent.

These calls to millions of Americans have have been documented on websites tracking fraudulent calls and made people question the integrity of India-based back office and call centre operations, threatening the future of the multi-billion dollar Indian industry.

Officials gave two examples of vulnerable people who fell victims to the scam.

“One of the call centres extorted $12,300 from an 85-year-old victim from San Diego, California, after threatening her with arrest if she did not pay fictitious tax violations,” they said in the chargesheet.

In another case, the chargesheet said they “extorted $136,000 from a victim in Hayward, California, who they called multiple times over a period of 20 days, fraudulently purporting to be IRS agents and demanding payment for alleged tax violations”.

Another scam the alleged criminals operated was offering people small loans or grants and asking them to make an upfront payment. The money was pocketed and the victims did not receive the promised loans or grants, officials said.

The latest action in the US was not related to arrests of about 70 people by Indian authorities earlier this month for alleged involvement in similar tax-related scams targeting Americans.

That action involved three call centres in the Mumbai area and several hundred people working there were detained for investigation.

In May, US authorities arrested five people in Florida who allegedly extorted about $2 million from over 1,500 people in a similar scam.

Colors that add glamour to ensembles this Diwali