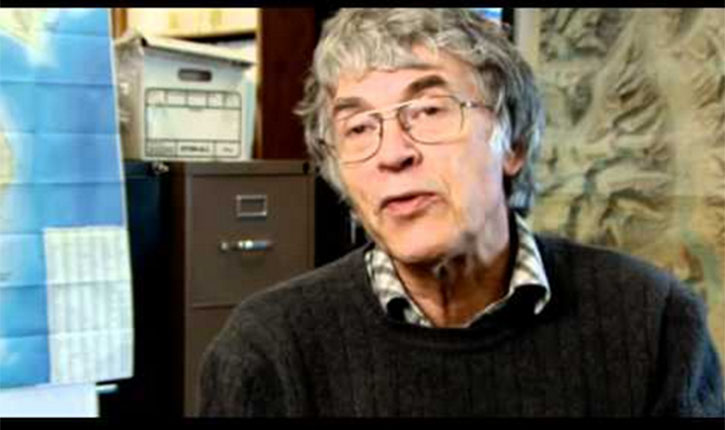 Bengaluru, May 4 (IANS) Renowned US geophysicist Roger Bilham, who was denied a visa to attend a International workshop on climate change and extreme events in the Himalayan region last month, will receive the document the next time he applies it, the California-based convenor of the event has said.

“I got a phone call from the Ministry of Home Affairs saying his case is now cleared and that he will get the visa next time he applied,” workshop convener Ramesh Singh of Chapman University in California, who took up the visa issue with India’s Home Ministry, told this correspondent on the phone.

“That I am again allowed to visit India comes as welcome news to my many scientific colleagues in India, and restores global confidence in the fundamental integrity of Indian science,” Bilham said.

“I always believed that banning Roger Bilham was a very bad move by the Indian government and went against the fundamental right of free expression,” said Chittenipattu Rajendran, a leading seismologist at the Jawaharlal Nehru Centre for Advanced Scientific Research in Bengaluru. “I am extremely happy the ban has been revoked and I am looking forward to interacting with him.”

“Roger Bilham is a true scientist, solely driven by the spirit of enquiry,” said Vinod Gaur, former director of the National Geophysical Research Institute in Hyderabad. “For example, the list of research investigations required to calculate ground accelerations to arrive at a safe seismic design of Jaitapur nuclear structures for reassuring the public, still remains outstanding, even as Roger was banned from entering the country in the wake of this publication.”

Bilham, a professor at the University of Colorado who catalysed the GPS and modern geosciences research in India, first came to know he was on the country’s list of “unwanted persons” on May 18, 2012 when he was sent back to US immediately on landing at the Delhi airport.

Bilham met with a similar fate in 2014 when he was denied visa to deliver a talk at the UK-India workshop on Himalayan earthquakes held in Jammu & Kashmir. Last month’s visa denial prevented his presence at the workshop in Mandi in Himachal Pradesh.

“I have twice applied for a visa and, after payment of $450, have been refused one,” Bilham had told this correspondent at the time.

Though he was not told the reason, Bilham says he learnt from the US State Department he was “blacklisted” by the Indian government allegedly for “national security/intelligence reasons.”

He says it was likely a reaction to his publications in 2011 bringing to light seismic risks to Jaitapur – the proposed site south of Mumbai – for a 9.9 Gigawatt nuclear power plant. His plea that he did not mean to scare, but only provide a starting parameter to engineers for safe design of the power plant was apparently ignored.

“The scientific findings that led to my banishment are not controversial, although they were considered so by one or two former seismologists who proposed scientific blacklisting to the government in 2012,” Bilham said without naming them.