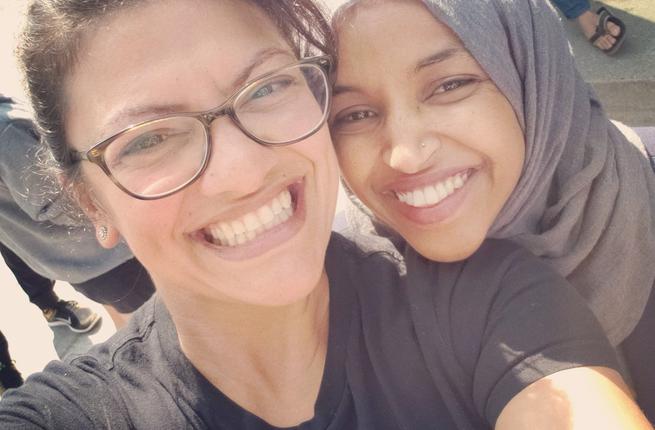 New York, March 8 (IANS) In a controversial resolution that initially split the Democrats before being expansively reworded, the House of Representatives has condemned hate against Hindus, Sikhs, Jews, Muslims and other minorities and denounced accusations of dual loyalty.

A key element in the resolution adopted on Thursday is the condemnation of dual loyalty that insinuates doubt about patriotism of sections of citizens that has a resonance for Indian-Americans who sometimes face that accusation for expressing support for India.

While 234 Democrats backed the resolution and one abstained, 173 Republicans voted for it and 23 against it.

The Executive Director of the Hindu American Foundation (HAF), Suhag Shukla, welcoming the resolution pointed out that “our communities have also faced suspicion and bigotry from people on the far-left end of the political spectrum with baseless accusations of dual loyalties to India”.

The build-up to the resolution exposed a deep divide within the Democrats as the party leadership faced a rebellion from its Left and African-American groups, while the moderates pushed for the original version that targeted only anti-Semitism.

There is risk the divide that is also being reflected in the ideological divisions economic and social policies also may grow and undermine party unity to the advantage of Republicans.

The resolution was first proposed as a response to repeated anti-Jewish statements by a newly elected Muslim Representative of Somali descent, Ilhan Omar, who had accused supporters of Israel as having “allegiance to a foreign country” and tweeted that support for Israel was motivated by “Benjamin’s Babies” – an anti-Semitic slur referring to $100 notes – which implied lawmakers were being bought.

But Speaker Nancy Pelosi’s proposal to condemn anti-Semitism faced opposition from the left wing of the party as well as the African-American bloc in the House, even though the initial draft did not mention Omar.

Indian-American Senator Kamala Harris, for example, said that it would draw attention to Omar and endanger her.

As a compromise to get the vocal dissenters to back the resolution, references to Muslims and African-Americans were added. The final version included other religions, Asians, immigrants, gays, lesbians and transgender people and other minorities.

But it left out Budhists, Mormons and others.

The HAF had lobbied for the inclusion of Hinduism in the resolution along with other groups.

Rajwand Singh, the senior adviser to the National Sikh Campaign, said: “We welcome the resolution as it hits home for us as we have been victims of hatred and violence because of our identity.”

The opposition was because of the watering down of the resolution to deflect the prime reason for it – anti-Jewish comments from a Democrat. A Jewish Representative Lee Zeldin, for example, called the resolution resolution “spineless”.

Omar and two other Muslim Representatives, Rashida Tlaib and Andre Carson, turned it around making it a victory for themselves and proclaimed: “It’s the first time we have voted on a resolution condemning anti-Muslim bigotry in our nation’s history.”

The resolution prominently mentioned White Supremacists, but also included others saying, “whether from the political right, centre or left, bigotry, discrimination, oppression, racism and imputations of dual loyalty threaten American democracy and have no place in American political discourse”.

The reasons for the sensitivity to accusations of dual loyalty and use of money power is because they were the starting point of the anti-Semitism in Europe that led to the Nazi holocaust in which six million Jews were killed.

Similar accusations have also led to anti-Semitism in the US leading to violence and discrimination against Jews.

According to the Federal Bureau of Investigation, about 60 per cent of the hate crimes in the US targeted Jews and showed an increase of 37 per cent from the previous year.

During World War II, Japanese Americans were accused of dual loyalty and lack of American patriotism and herded into internment camps under extremely harsh conditions.

The American Jewish people are unfairly targeted for the US support to Israel through unfair stereotyping. In reality, they are not the monolithic, powerful force behind support for Israel as many claim. Many Jews, including politicians, criticise Israel and oppose President Donald Trump’s policies in support of Israel like recognising Jerusalem as its capital.

It is, in fact, the Christian fundamentalists who are the staunchest and uncritical supporters of Israel and drive US policy towards that country. Trump’s Israel policies are aimed at this bloc that is the core of his base.

Many Jews themselves oppose the Christian fundamentalists’ backing for Israel because the reason for their support is that according to their interpretation of the Bible, Jesus Christ will return when Israel is reconstituted.