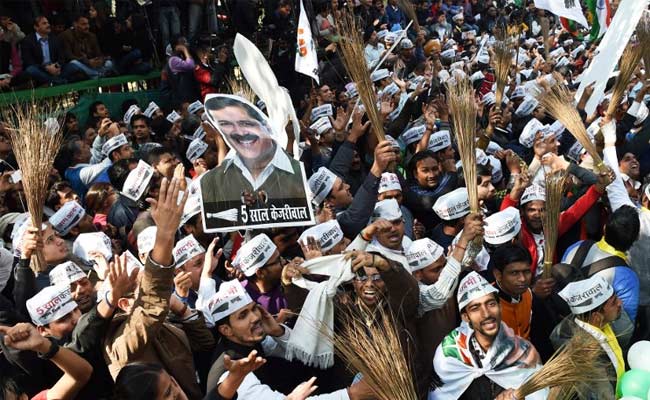 Washington, Feb 11 (IANS) While US officials refrained from comment on Aam Aadmi Party’s massive victory in Delhi elections, the New York Times saw “A Defeat for Prime Minister Modi” in the results.

“Fresh from the diplomatic high of a successful summit meeting with President Obama, Prime Minister Narendra Modi has been brought down to earth by domestic politics,” the influential US daily said in an editorial. “Ordinarily, elections in New Delhi would not draw international attention,” the Times said.

But since sweeping to power last year with the biggest national election victory in three decades, Modi and his BJP have generated “an aura of invincibility” winning a succession of other state elections, it said.

“The election won’t affect Modi’s hold on the prime minister’s office and the federal government,” the Times said. “But it will increase the enormous pressure to deliver on his economic and governance promises even while making that harder.”

Some Indian analysts also saw the defeat as a rejection of the anti-minority biases and violence spurred on by extremist allies of Modi’s Hindu national party, it noted.

“After imploring Americans, Japanese and Chinese, as well as Indians, to believe in his vision, it is a good bet that no Indian federal budget will be more scrutinized for what it may, or may not, deliver on building infrastructure, reforming taxes and making a tangled, stratified system more efficient than the one Mr. Modi is expected to make public by the end of the month,” the Times said.

Many other major US newspapers like the Washington Post and the Wall Street Journal chose to carry an Associated Press story about “Upstart party wins big in India’s capital, in blow for Modi.”

“While the results from last weekend’s elections will not have any bearing on the structure of the federal government, they sent a clear message to Modi that he was not invincible,” it said.

“They were also an indication of voters’ frustration with endemic corruption,” AP said.

Analysts, it noted viewed “the scale of the defeat of Modi’s Bharatiya Janata Party was a wake-up call for the government.”

The State Department spokesperson declined comment on the Delhi elections calling it “an internal matter for the people and the Government of India.”

“We don’t engage in endorsing individual political candidates, so I would refer you to the Government of India and the people of India,” Jen Psaki told reporters Tuesday in response to a question.

Obama’s visit to India and the Delhi elections were two “separate things,” she said.

“As it relates to our relationship or partnership or the President’s visit, as you know, we certainly see our relationship with India as one that is growing, that has great potential,” Psaki said.

That is reflected by the fact that the Secretary of State John Kerry and the President of the United States both visited India within the first month of this year, she said.

“So that speaks for itself, but I don’t have any particular comment or analysis on the election results.”