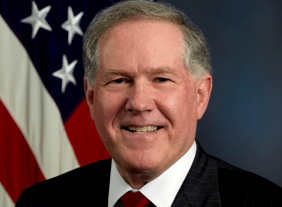 Washington, Oct 12 (IANS) With the India-US Defence Trade and Technology Initiative regaining momentum after the Indian elections, the US has set aside $20 million for strategic cooperative science and technology projects with India, according to a top US official.

During the Indian elections there was a time-out on the initiative, but now progress has resumed, US Undersecretary for Defence Acquisition, Technology and Logistics Frank Kendall told the US-India Business Council at its summit on US-India cooperation last week.

India will work to finalise approval of the renewal of the Research, Development, Test and Evaluation Memorandum of Agreement so it can be signed next month, he said according to a report on the US defence department website.

The initiative, part of a broader effort to build the US relationship with India, is making progress and aids the US rebalance to the Asia-Pacific region, Kendall said.

At the beginning of the initiative, US defence department approached the Indian Ministry of Defence with programmes where the two nations could work together, Kendall said.

“These offers included some traditional sales of American equipment as well as a number of what we called co-production and co-development opportunities,” he said.

At its core, the initiative is an effort to streamline the approval process for release of technology to India, Kendall said.

An example of this, he said, is the co-production and co-development of the Javelin missile.

“These suggestions for cooperative programmes are still available for consideration,” the official said. “And, I believe, are under active consideration by the Indian government.”

The initiative also looks to more broadly based research, he said.

US Defence Secretary Chuck Hagel and Kendall travelled to India in August and came back excited over the possibilities of the initiative with India.

“It was very clear to Secretary Hagel and to myself that a new wind was blowing in India — the monsoon had changed direction and intensity,” Kendall said.

“Everyone we met, at all levels, was highly interested in opportunities for cooperation. The desire we felt to inject new momentum into this relationship and into DTTI was echoed by everyone whom we met.”

India and US agreed “to identify specific co-development and co-production opportunities,” and to develop specific science and technology projects, Kendall said.

“I’m excited and encouraged about these developments, but I know there is a lot of work still to be done,” the official said.

“Both India and the United States have bureaucracies that can be equal parts engines for change and impediments to progress. But both of us can move when the leadership and motivation exist to do so.”

Kendall said both sides must keep pushing. “Good intentions must lead to tangible results, or the momentum we have built is going to fade,” he said.

In that spirit, the US has set aside $20 million for strategic cooperative science and technology projects with India.

Kendall emphasised that the initiative is not just an attempt to sell US defence products to India.

It is, he said, one facet “to build a deeper, closer, and broader relationship with one of the most important countries on Earth.”