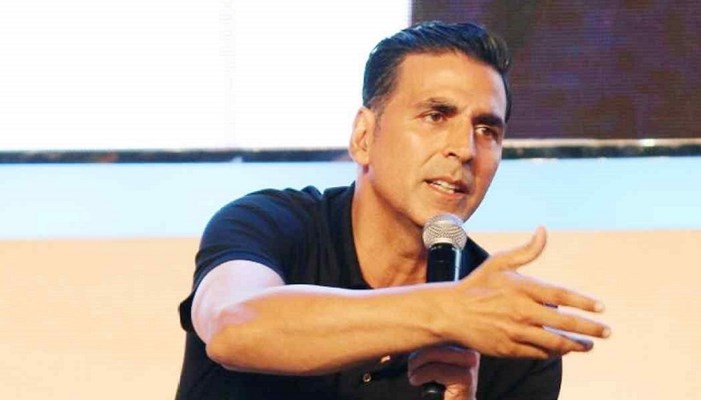 Mumbai, May 4 (IANS) A day after Akshay Kumar issued a statement regarding the controversy over his citizenship, an old video of the Bollywood actor went viral on social media where he is calling Toronto as his home.

The “Khiladi” star, who was roped in as the brand ambassador for Canadian tourism in India in 2010, on May 3 had released a statement on his official Twitter account about his Canadian citizenship and had said that he did not understand the negativity and “unwarranted interest” around the subject.

The old video, which had also surfaced last year following films on patriotic and social themes he had starred in, was shared by a user against the backdrop of Akshay’s statement. It showed him addressing the crowd at an event in Canada: “I must tell you one thing; this is my home. Toronto is my home. After I retire from the film industry, I’m going to come back and stay here.”

"Toronto is my home, after I retire from this industry I will settle in Canada" pic.twitter.com/Ypet1U0oBJ

While some social media users defended the actor, some branded him a “hypocrite” and a “fake nationalist”.

Some even questioned him holding a Canadian passport.

A user tweeted: “You live in India, work in India, earn in India, wear in India and swear by in India. What made you not want to have an Indian passport?”

His absence from the polling booth made netizens think that it was due to his alleged Canadian citizenship.

In 2017, Akshay had told a Tv channnel that he has been given an honorary citizenship by the Canadian Government, and hence, he carries the Canadian citizenship. He has said in interviews that he will split time between India and Canada after he retires.

Akshay, who recently grabbed headlines for his “non-political” interview with Prime Minister Narendra Modi, was widely trolled for not casting his vote this year.

The actor has featured in many films such as “Kesari”, “Baby”, “Holiday – A Soldier Is Never Off Duty” and “Airlift”, with patriotism as the theme.