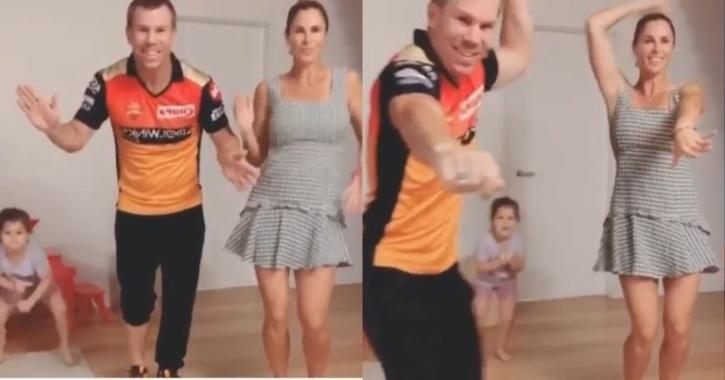 Sydney, May 1 (IANS) In normal circumstances with no outbreak of coronavirus and the subsequent shutdowns, swashbuckling Australian opener David Warner would have been currently leading Sunrisers Hyderabad in the 13th edition of the Indian Premier League.

However, due to COVID-19 pandemic, the tournament stands indefinitely postponed and chances it being in the near future looks highly grim.

All cricketing activities across the world remain on a standstill and when they will resume is a question which not only cricket lovers but players also must be wondering.

Amid all this uncertainty, players are trying their best to make best use of this forced break and are spending time with their families which they otherwise can’t because of the busy cricket schedule.

Warner is one such cricketer who is not only making sure he spends quality time with his family but he is also providing entertainment to his fans, especially those from India. He is making sure that though he is not in India, he is connected to the Indian culture by dancing on popular movie songs from the sub-continent.

After making his account on Tik Tok in April, the left-handed Australian batter has been putting out some hilarious dance videos along with his wife Candice and daughter Indi.

First, he shook his legs along with his daughter on Bollywood track ‘Sheila Ki Jawani’. “Indi has asked to also do one for you guys! please help me someone,” he had captioned the Instagram post. That video went viral instantly and was loved by one and all.

On Thursday, he posted yet another Tik Tok video in which he and his wife are seen dancing on a popular song ‘Butta Bomma’. The couple can be seen swaying to the hook steps of the song performed by Allu Arjun and Pooja Hegde in Telegu movie ‘Ala Vaikunthapurramuloo’.

“It’s tiktok time buttabomma get out of your comfort zone people lol Candice Warner,” the Australian opener captioned the video on Instagram.

With no deadline set for the return of the sport, fans would want Warner to put more such videos and keep them entertained during this time of crisis, which the entire world is going through.

Gilead in talks with Indian drugmakers for remdesivir production