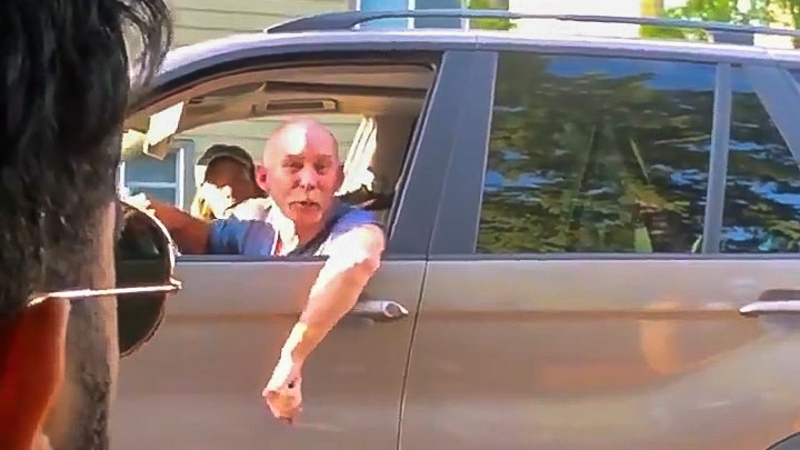 Atlanta, GA, June 11, 2019: An Indian-American driver was at the receiving end of a racist rant by a Caucasian male in Auburn Washington on May 24.

Sahil Saini, a resident of Kent, WA, posted the cellphone video on Twitter. The clip shows a man driving a BMW hurling verbal abuses, calling Saini a ‘sand n****r, asking him to go back to his country.

Saini said the BMW driver accused him of racing through the parking lot of Green River College.

“All I wanted to do was go into the left line and he followed me for 3 miles and kept trying to ride car bumper,” Saini’s post says.

In the video, Saini calmly looks on as the white motorist hurls racist abuses and flips his middle finger at him.

The woman passenger in the BMW can be heard saying, ‘I can’t believe you tried to kill people! Are you kidding me?” The BMW driver rudely tells the woman to ‘shut up’.

Plate # B47414u.
People are so fucking racist. All I wanted to do was go in to the left tryning line amd he followed me for 3 miles and kept trying to ride car bumper. Share this pic.twitter.com/kLl4fITqsg