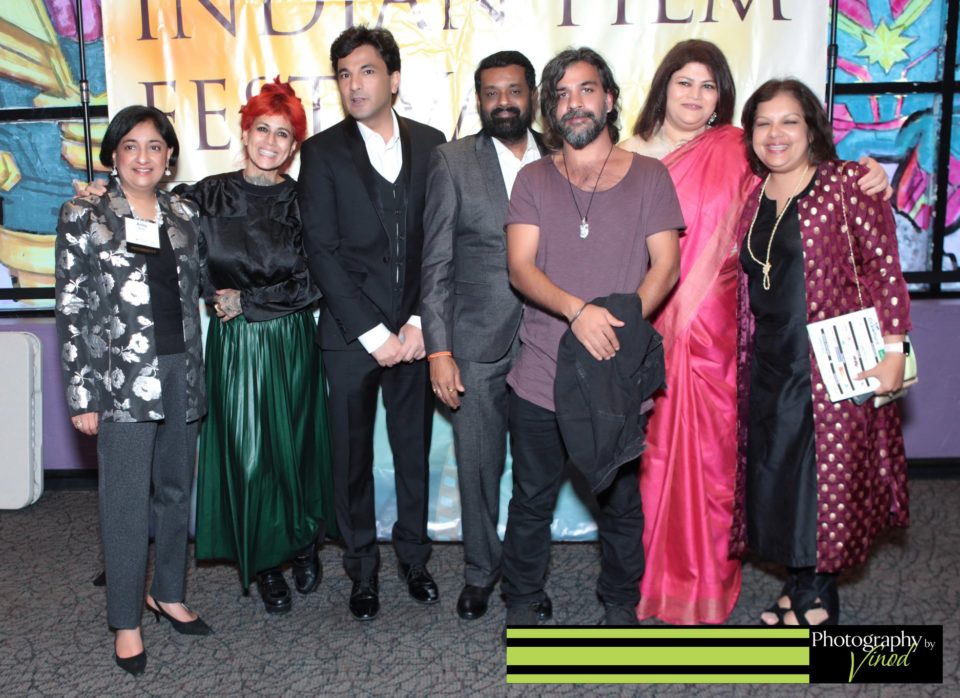 Atlanta, GA, June 6, 2019: “If art if boxed, it is not art,” said James Beard Award nominee and Michelin star chef-turned-filmmaker Vikas Khanna in an exclusive with NRI Pulse at the Atlanta Indian Film Festival (AIFF 2019) held on May 10-11, 2019 at the Aurora Cineplex in Roswell, GA.

The Georgia Indo-American Chamber of Commerce (GIACC), in collaboration with the Indian Consulate in Atlanta, the New York Indian Film Festival (NYIFF), the India China and America (ICA) Institute, and the Atlanta Film Festival, treated Atlanta Indian movie aficionadas to an arete ensemble of cinema with distinctive themes and languages at AIFF 2019.

AIFF 2019 received its guests with a gala reception at the Westin Perimeter on May 10 with Consul General of India in Atlanta Dr. Swati Kulkarni presiding over the evening. Panel discussions, movie screenings, post-screening discussions with the movie’s artists and local film experts, were all part of the festivities.

“This film festival celebrates the story of the Indian cinema with its powerful narratives that use the prism of script interwoven with song and dance to depict the idea of India. The available resources, studio complex and expertise in the Peach State make it one of the choicest production sites from a film industry perspective. In the environment of burgeoning cinematic phenomenon in both India and Atlanta, events like the film festival provide an excellent platform to building valuable networks,” said Dr. Kulkarni in her address.

Presenting a window into the diverse and multidimensional movies emerging from Indian production houses, AIFF 2019 featured The Last Color, Vikas Khanna’s directorial debut, based on his best-selling book by the same name. Also featured were Ubuntu, (Marathi) by Pushkar Shrotri, Sindhusthan, by Sapna Bhavnani, Sivaranjini and Two Other Women(Tamil), by Vasanth Sai.

In an exclusive with NRI Pulse, directors of all movies and International Distributor of Ubuntu shared their views and experiences about movies, and much more.

“On May 12th last year we announced that we were screening our teaser at the Cannes film festival and 99% of the people thought it was a wrong post. When and how can you make a movie, is what people were saying,” exclaimed Khanna about public reaction to his foray into films.

Khanna said that the movie was made to impress his mother.

“The softness, the pain she brings to the character, who else could be my Noor?” said Khanna about Neena Gupta (playing Noor), the lead actress whose recent ‘Badhai Ho’ tasted humongous success at the box office.

Having been to Benares to find closure after his father’s death, Khanna said a chance meeting with a girl who walked on the tight ropes as part of a street act, attracted his attention and the story was centered around her. The title “Last Color” was inspiration drawn from the Ghats of Manikarnika, where dead human’s soul is believed to find salvation when cremated there. “There is so much going on there and yet only those who lose their loved ones are affected. And after everything is done and gone, the color is the same for everyone. The name originated from there but as the script progressed the symbolism changed,” elaborated a very emotional Khanna.

Pitting smoke rising from the funeral pyres of Manikarnika Ghat, against the jubilant colors of Holi celebrations, Khanna weaves the story of a beautiful friendship between Choti, a spirited, tight-rope walker who befriends an old widow, Noor living in an ashram. Will this bond bear witness to renewed hope?

“There is not one Shivaranjini. Every woman is a Shivaranjini. Hence the title,” said Sai about the unique title featuring only one of the names of its’ protagonists. “I have read these stories at different stages of my life and each time they give me a different meaning,” he added, dedicating the film to writers of the stories.

An anthology comprising of stories of three married women, Shiavanranjini & Two other women, traces journeys of these women from different class and caste backgrounds, living in three different decades, but fighting the same enemy within the confines of their homes, the patriarchy.

“A lot of people think of tattoos as a means of rebellion and people who are inked are looked as outcasts in a way. But history shows us that people in ancient civilization had markings. This is why I chose to speak in this language,” stated Bhavnani about being inked all over her body to narrate the story of Sindhustan.  Not being able to visit Pakistan or Sindh, Bhavnani says she chose to “be the land”.

Sindhustan is the story of the largest migration of a culture in history told through the tattoos. Gathering stories from people, Bhavnani inked the story of partition on her body during a 10-day timeframe. The documentary, built over a span of seven years traces the story of how India came to be known as Hindustan, because the Persians could not pronounce the ‘S’ sound when they wanted to refer to the river Sindhu. “The river plays a huge part in the story,” she points to her legs.

“This is the 94th and the final screening of Ubuntu,” said Harshad Parashare, worldwide distributor of Ubuntu. “We mostly picked kids with no acting experience so that their reactions, be it laughter or tears, came to them more organically,” said Parashare about working with kids. “A filmmaker needs to balance entertainment with the social message it aims to convey, and Ubuntu succeeds there,” he added.

Inspired by Mandela’s phrase, Ubuntu, meaning“I’m there, so we all are”, narrates the story of

a school teacher Shelke Master who teaches a handful of students in a Gram Panchayat sponsored school in a remote village of Maharashtra. As kids enjoy his innovative ways of teaching, when the existence of the school is threatened, the students and the teacher come together to save the school.