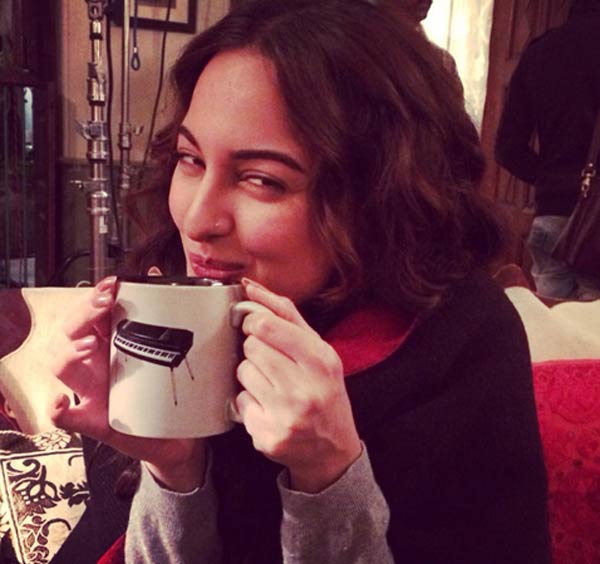 Mumbai, Nov 27 (IANS) Actress Sonakshi Sinha, who has been linked romantically to her “Tevar” co-star Arjun Kapoor, says if they work together and watch films together, it doesn’t mean they’re in a relationship.

Responding to the dating rumours, Sonakshi said: “I don’t react to these rumours. You should ask people who write about it. If we work together and if we watch a film together, it doesn’t mean you are in a relationship.”

Meanwhile, the actress is also happy that she got an opportunity to share screen space with megastar Rajinikanth in southern film “Lingaa”.

Talking about the film, she said: “This film is in two parts — one is present day and the other one is set in 1940. The story is well written and more than a romantic interest, my character is a supporter who encourages him (Rajinikanth). So it was easier for me. I am extremely happy to work with Rajini sir.”