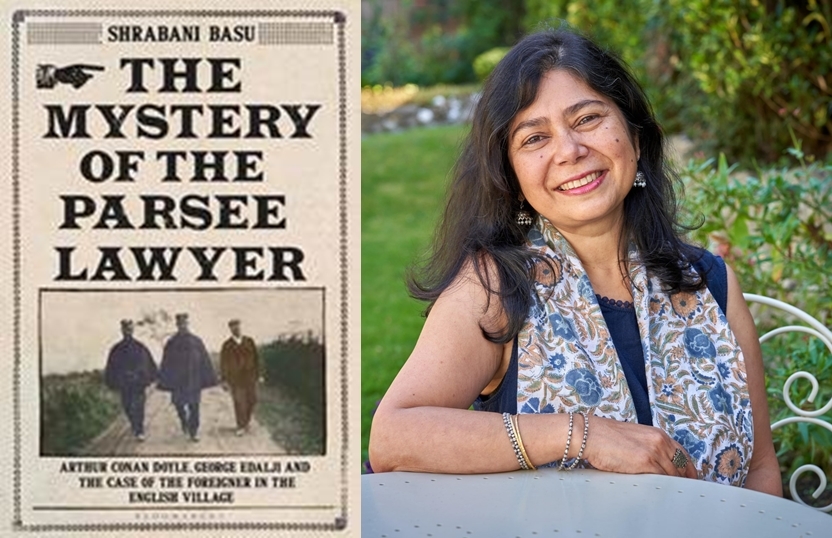 New Delhi, Feb 24 (IANS) In the village of Great Wyrley near Birmingham, someone is mutilating horses. Someone is also sending threatening letters to the vicarage, where the vicar, Shahpur Edalji, is a Parsi convert to Christianity and the first Indian to have a parish in England.

His son George — quiet, socially awkward and the only boy at school with distinctly Indian features — grows up into a successful barrister, till he is improbably linked to and then prosecuted for the crimes in a case that left many convinced that justice hadn’t been served.

When he is released early, his conviction still hangs over him. Having lost faith in the police and the legal system, George Edalji turns to the one man he believes can clear his name — the one whose novels he spent his time reading in prison, the creator of the world’s greatest detective. When he writes to Arthur Conan Doyle asking him to meet, Conan Doyle agrees.

From the author of “Victoria and Abdul” comes “The Mystery of the Parsee Lawyer” (Bloomsbury), an eye-opening look at race and an unexpected friendship in the early days of the 20th century, and the perils of being foreign in a country built on empire.

Shrabani Basu is a journalist and author. Apart from “Victoria & Abdul: The True Story of the Queen’s Closest Confidant”, now a major motion picture, her books include “For King and Another Country: Indian Soldiers on the Western Front, 1914e18”.

In 2010, she set up the Noor Inayat Khan Memorial Trust and campaigned for a memorial for the WWII British spy of Indian descent, who was captured and executed by the Gestapo, which was unveiled by Princess Anne in London in November 2012.

In September 2012, producers Zafar Hai and Tabrez Noorani obtained the film rights to Basu’s biography, “Spy Princess: The Life of Noor Inayat Khan”. Her story is portrayed in the 2020 film “A Call to Spy” written by Sarah Megan Thomas and directed by Lydia Dean Pilcher. Noor is played by Indian actress Radhika Apte.