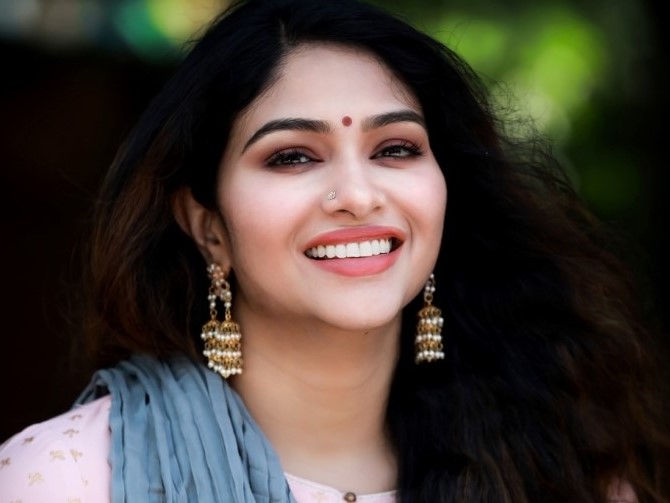 New Delhi, Feb 14 (IANS) Lakshmi Devy was born in New York and obtained a medical degree from India while simultaneously acting in Tamil and Malayalam films. A toxic relationship with a narcissist and the horrific increase in the number of rape cases in India prompted her to direct “When The Music Changes”, a powerful and gut-wrenching film that portrays the nuanced aspects of emotional as well as physical abuse of women within a patriarchal society.

Lambasting that a woman’s honor is up for grabs through sexual violence, the film seeks to make a strong statement by asserting that it is not the woman but the man who loses his honor and respect because of the malicious and vicious act of rape.

“I once was in a very toxic relationship with a narcissist. One out of the many manipulative things he would do was never answer the phone and then make me feel insane in the process. This made me more aware of the same thing happening to other people around me and I found it to be interesting enough to inspire a story from it,” Devy told IANS in an interview.

“A lot of it was inspired by personal events. That being said, everything that was included had to be incidents that a lot of women and men could relate to. I was quite particular on that. I wanted to portray a slice of both emotional and physical abuse. So, my research involved a lot of keen observation of my surroundings and conversations I have had with various people in life,” she added.

The film centers around a young and beautiful Indian American woman who finds friends and happiness in her hometown in India. An unfortunate incident makes her realize that the forces who want to shatter her are not only villains, but also her lover, and finds more pain in a ‘forgiving lover’ than her rapists.

“Every 16 minutes, a woman is raped in India. This movie is a reminder to society that it is not a woman but a man who loses his honor because of this dastardly act,” Devy asserted.

“This film does not only speak about the brutal rape and the injustice meted out to girls and women, but it also culls out the power-play behind sexual abuse. As the story demanded it, a few scenes are portrayed very raw. Those scenes are not a depiction of vulgarity or obscenity, rather, they are tailored to portray the intensity of sexual abuse,” Devy said.

Given the sensitivity of the subject, the liberal use of profanity would raise quite a few eyebrows but Devy disagrees, saying she is only portraying reality.

“I do not believe there is an excessive use of profanity. I think our patriarchy likes to chastise how men and women speak and hence ignore the actual reality. This concept bears much more relevance when it comes to women speaking. I have stayed true to how people speak. There are some who curse. Some who don’t, and others who, at times do and at times don’t.

“As a writer I do not believe in diluting what a character would actually say so that it seems more appropriate. My characters will stay true to their tone of speech and mannerisms. So absolutely no purposeful point was trying to be made with profanity. Actually it was far from it. For me, it’s just dialogues. I do not like associating myself with a hypocritical notion that women do not and should not curse just so that it suits the framework of ‘our society’ better,” Devy explained.

The film is currently doing the rounds of international festivals. What kind of a release is she looking at in India? How does she hope to spread her message?

“We are looking at a release on a large OTT platform. The film is currently in film festivals. I hope when people see this they understand the magnanimity of suffering that our Indian women are endangered with on a daily basis. Also I hope it provides hope to our victims of sexual abuse and assault and gives them strength and courage. I want people to understand that if ‘honor’ is the question of the hour then there should be no doubt that it is the rapist’s or assaulter’s honor that is tarnished and never the victim’s,” Devy said.

The cinematography is helmed by the extremely talented Abinandhan Ramanujam, who has worked in Tamil, Malayalam and Hindi films, and edited by Anthony Gonsalves who is the editor of films by Director Shanker (known for extensive use of visual effects, prosthetic makeup and state-of-art technology in songs) and (Filmfare awardee) Gautam Menon.

Adith Arun, a very versatile actor with an abundance of expertise garnered from working for over 10 years in the South Indian film industry, plays the protagonist in the film. Power-packed performances from Naveen George Thomas, Shreya Navile and Vignesh Shivasubramanium add depth to the film.

“It was certainly a pat on the back when veteran Hollywood star John Turturro came on board as an Executive Producer. I am grateful for his vote of confidence,” Devy said.

“I must say I was very impressed. And disturbed, in a good way. To pull it off is an accomplishment, especially wearing so many different hats as director, writer and actor. It’s a worthy and important subject matter which takes all shapes and forms in so many different cultures. I thought the visual elements were strong and the storytelling too,” Turturro said.

Speaking about her journey in South Indian cinema, Devy said: “I have done some other Indian films in Malayalam and Tamil. My last Tamil film was ‘Masala Padam’ with National award winner Bobby Simha and Mirchi Shiva. Apart from playing the protagonist I have penned the screenplay for that film too. Under my banner ‘FiDi Talkies’ I made the film ‘Daro Mat’ which has won awards at about 37 different film festivals across the world. It is now available on YouTube with over 3.3 million views.

Devy admitted that her transition from a doctor to a filmmaker wasn’t easy.

“The transition from medicine to films was quite difficult. I struggled and tried to balance both for some time. Eventually I realized I had to make a choice and so I chose the Arts. I do not practice medicine anymore. My entire life pretty much runs around films,” she said.

What of the future? What is her next project?

“Apart from looking forward to signing on new projects as an actor, my next directorial is called ‘About Him’. The film will be based out of New York,” Devy said.

It definitely will be a film worth waiting for.