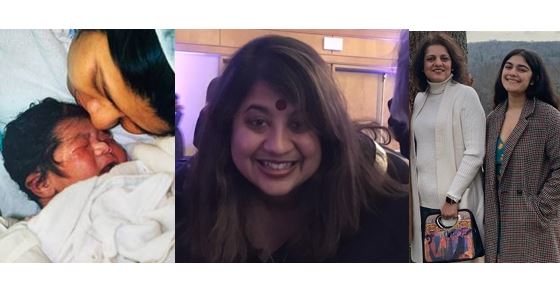 Atlanta, GA, July 1, 2021: On June 9th, 2021, a new study on the social and political views of Indian immigrants revealed a shocking fact that highlighted a key generational difference within the group. The study, titled “Social Realities of Indian Americans: Results From the 2020 Indian American Attitudes Survey,” attempted to shed some light on the life and views of the second-largest immigrant population in the United States.

The Carnegie Endowment of International Peace, Johns Hopkins, and the University of Pennsylvania conducted the study as a continuation of their collaborative effort to probe the sociopolitical attitudes of Indian-Americans. While the study included details about a myriad of different factors in Indo-American life ranging from religion to caste, perhaps one of the most pointed facts within it were the ones pertaining to discrimination.

Indian families across the Metro-Atlanta area spoke on this data, discussing their personal experiences as well as reactions to the study’s results. One American-born child and an Indian-born parent from each family elaborated on why they see discrimination differently and what may have caused this disparity in the study.

The Vyas family came to the United States in 1998 and have lived here ever since. Their daughter, Harshi Vyas, spoke on why she felt American-born Indian-Americans were more likely to report discrimination than their parents.

“Even though we may be citizens of the US and have the same rights as the others living here, we are considered foreigners because we come from a different way of life,” she commented. “While the Indians who have immigrated here became citizens, [it can be scary if] people do not believe you when you say you were discriminated against.”

Both she and her father Mr. Vyas seemed to agree with the results of the survey. Mr. Vyas described India as “multicultural,” further explaining that he had also seen issues like this in his home country. He agreed that he would be less likely to report discrimination than his daughter, citing, “It may be due to fear or ignoring such [discriminatory] behaviors and focusing on positivity.”

Vyas also commented on the discrimination she faced being a female Indian-American, recalling how she was often told to “clean the table, to actually dress up more, and being told to go help somewhere else” as compared to the boys in her family. This was also paralleled by daughter Sophia of the Sabat family who also said she had been discriminated against more for gender than race.

The study also noted gender as being the second-biggest reason for discrimination for U.S.-born Indian residents after race, with 28% reporting they had faced gender-based discrimination in the past year.

Ms. Sabat continued to share her stories of discrimination and her thoughts behind the study. “I remember as a new immigrant 20 years ago my main goal was to stay away from the police [try and not get involved with the law and courts],” she recalled.

“When immigrants immigrate here and eventually want to be citizens of the US, we do not want anything that could potentially harm our chances of becoming citizens,” she explained.

Her daughter Sophia also had a similar response. “It’s because our parents feel indebted to this country and they feel discrimination is the price to pay this country for providing them with a good life,” she said. “This is the only country I have been a part of  and don’t feel like I owe anything to it.”

Nisha and daughters Simrun and Arzu also shared their experiences.

Nisha’s response lines up with the study, which found that the term “Indian-American” itself was highly disputed in the community- only 4 in 10 respondents found it adequately represented them.

Arzu had a similar response. “Immigrants tend to stay very tight-knit to their communities and what they know, and they are conditioned to expect prejudice,” she mentioned. “We, being born in the U.S., view it as our home, and when you’re not safe in your own home it’s very jarring.”

Simrun told a story of how she was discriminated against and how it changed her interpretation of what discrimination is. “I went skiing with some friends and walked past a group of white guys who looked to be about 18 or 19. As I walked past them, they cat-called and started calling me stereotypical names and asked me where my third eye was. I was shocked that the catcalling didn’t phase me but racial profiling did,” she retold.

“I think Indian immigrants have an attitude of “it’s the price we pay to be here.” They equate the privilege and prosperity that they gain here with the price of prejudice. Indian Americans however have the audacity of equality,” Simrun argued.

The Mahal family* also recalled the idea that the fear of losing citizenship was the biggest reason for the older generation to hesitate in reporting discrimination. This makes sense as over 30% of the people in the study were not citizens yet, and had been in the process for a while.

“In other scenarios, these adults are on work visas. Some families have waited over 15 years just to get a Green card, and they feel that reporting discrimination will affect their citizenship process or careers,” the daughter stated.

Aparna Bhattacharyya, the Executive Director of Raksha, spoke her thoughts about the situation. “We’re born here, we may not be as fearful of rocking the boat as compared to folks who come in as immigrants, who may not want to rock the boat,” she explained.

Raksha is a Georgia-based organization centered around promoting a stronger and healthier South Asian community, as well as healing, empowerment, and justice for South Asian survivors of violence.

Ms. Bhattacharyya continued, elaborating on the possible solutions for Indian-American immigrants who may be hesitant to report the discrimination they were facing. “When an employer is discriminatory towards you and you’re dependent on them at the same time, it can make it extremely difficult to speak up,” she explained.

“I don’t know what everyone is going through, but it is worth checking out with the [Equal Employment Opportunity Commision] EEOC and always documenting what you’re going through, the evidence of what’s happening.”

Ms. Bhattacharyya also mentioned other organizations such as 9to5.org (specifically for gender-based discrimination), the EEOC, Surlegal.com, and the Department of Labor and recommended people of all generations look into these organizations to be aware of their rights.

Regardless of the reasons, the clear disparity in not only the responses of the individuals in the study but also the families show the development of ideas within generations. Not only are citizens born in the U.S. more likely to report discrimination, they are more likely to lean closer to identifying as “American” and not seeing themselves as outsiders to the nation.

Despite the generational differences in the degree to which they reported it, almost all of the families reported some incidences of facing discrimination, and this reflects the 50% in the study that also experienced it. Reporting it or not, discrimination continues to be a prevalent problem for Indian-Americans in the country.

“We need to stop normalizing racism and microaggressions against South-Asians. Because Indian Americans are less likely to report it, these awful behaviors continue. I’m so fortunate to live in an awesome community with many Indian-Americans, but not all families are as lucky. We need to make America inclusive for every single person,” finished the daughter of the Mahal family.

“If we want to work towards change and create a better place, then there’s a point where we can mobilize and create a collective voice,” concluded Ms. Bhattacharya.