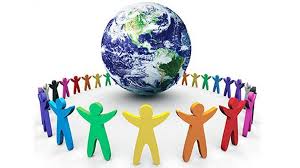 New York, Aug 28 (IANS) By 2050, the world population is projected to reach 9.9 billion, increasing 33 per cent from an estimated 7.4 billion now, according to the Population Reference Bureau, a private, US based non-profit organisation.

The latest ‘World Population Data Sheet’ released by the organisation revealed that by 2053, the global population will hit 10 billion.

“Despite declines in fertility rates around the world, we expect population gains to remain strong enough to take us toward a global population of 10 billion,” said Jeffrey Jordan, president and CEO of PRB.

However, the report also showed significant regional differences in the expected population rise.

Asia will gain about 900 million to reach 5.3 billion.

The population in Africa will reach 2.5 billion by 2050, while the number of people in the Americas will rise by only 223 million to 1.2 billion.

Oceania (which includes both Australia and New Zealand) would rise from the current 40 million to 66 million.

Further, the combined population of the world’s least developed countries in the world is projected to double by 2050 to 1.9 billion.

There are 48 least developed countries, based on United Nations criteria, most of which are in Africa.

The population in 29 countries will more than double. Nearly all of these countries are in Africa.

In Niger, the country with the highest birth rate, the population will more than triple, the study said.

On the other hand, 42 countries will register a decline in the population. These countries are scattered throughout Asia, Latin America, and Europe.

Europe will register a decline from the present 740 million to 728 million.

This year’s edition provides the latest data on 19 key population, health, and environment indicators for the world, major regions, and more than 200 countries.