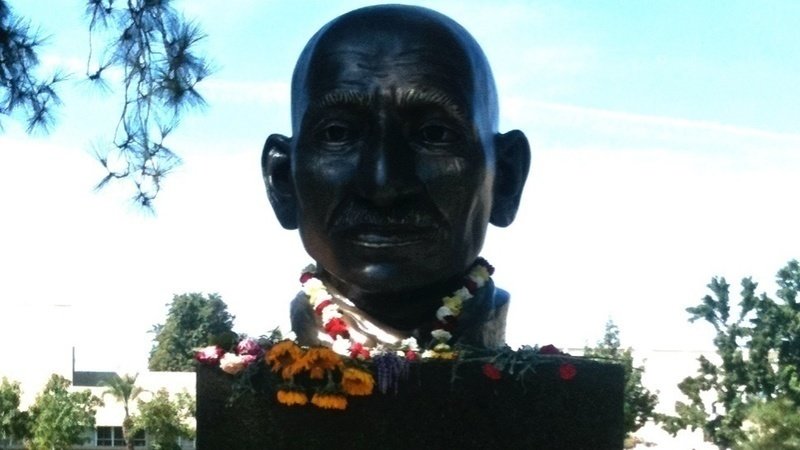 New York, July 7 (IANS)  Riding on the coat-tails of the anti-racism protests sweeping the country, a petition backed by the Sikh youth organization, Jakara Movement, with 5,000 signatures demanded the removal of Gandhi’s statue in the Peace Garden at the Fresno State University in California, according to the Fresno Bee newspaper.

A section of Sikhs and others, including African Americans, have had held a demonstration near the vandalized statue of Gandhi in Davies asking for it to be removed, according to the Davis Vanguard.

Dillan Horton, an African American running for City Council, was quoted by the publication as calling Gandhi “an anti-black segregationist.”

The Indian Association of Sacramento has, meanwhile, launched a petition on Change.org asking Davis to retain the statue and also protect it from vandals.

The petition signed by 3,428 people as of Monday night pointed out that Martin Luther King, the African American icon of the US civil rights movement had said that the Gandhian philosophy was “the only morally and practically sound method open to oppressed people in their struggle for freedom” and South Africa’s anti-apartheid leader Nelson Mandela had acknowledged being inspired by his non-violent method to fight his country’s racist regime.

The anti-racism movement behind the campaign against some memorials came out of the protests against the extra-judicial killing of George Floyd, an unarmed African American man by police in Minneapolis.

ICE: Foreign students must leave the US if classes go fully online

‘Age of expansionism over’: Modi’s message to China from Ladakh