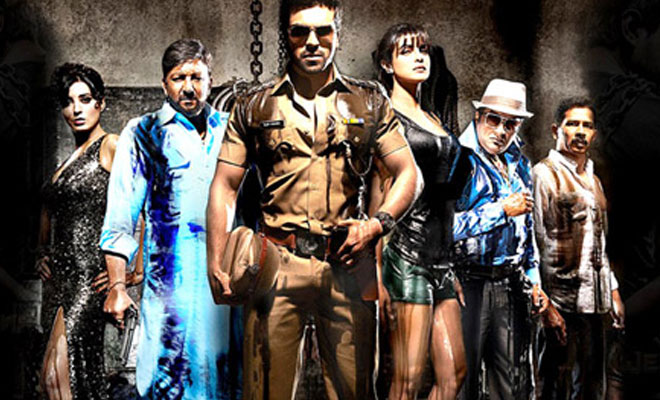 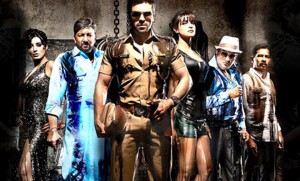 By Subhash K. Jha
Film: “Zanjeer”; Cast: Ram Charan Teja, Priyanka Chopra, Sanjay Dutt, Prakash Raj, Mahie Gill and Atul Kulkarni; Director: Apoorva Lakhia; Rating: ****
Let’s not get carried away. Every time a remake comes along, we get gooey-eyed and nostalgic about the original. The “Zanjeer” remake gets it right. Dead right.
Unlike Ram Gopal Varma’s remake of “Sholay”, which was purely misguided, and Karan Malhotra’s “Agneepath”, which was unnecessarily brutal, “Zanjeer” is just what a remake should be. It’s respectful to the original material which, let me hasten to add, was no masterpiece, and suspiciously similar to a 1967 film called “Death Rides A Horse”.
In fact, a similar film “Yaadon Ki Baraat”, written by Salim-Javed and released during the same year 1973 as “Zanjeer”, was far superior.
Providentially, Lakhia’s “Zanjeer” is neither slavishly reverent to the original material nor does it take off into weird wild and wacky tangents — like the Rohit Shetty’s recent remake of Hrishikesh Mukherjee’s “Golmaal”.
Rather, the new “Zanjeer” opens up the original plot, weeds out the humbug and preserves the core of the revenge saga of an angry cop whose ire grows progressively higher as the plot moves through a series of cleverly conceived conflicts that accentuate his alienation from his khaki-coloured line of duty.
No one can do to the sullen cop’s role what Mr. Bachchan did. But yes, even in his new avatar, Inspector Vijay Khanna seethes, simmers and boils over with an indignant rage. Everything about the festering rotten ‘system’ makes him annoyed and churlish.
Since “Zanjeer”, and its more serious-toned country-cousin “Ardh Satya”, numerous cops have vented their cinematic spleen in films as far-ranging in quality as “Singham” and “Policegiri”.
What makes Vijay Khanna in the new “Zanjeer” special is the plot-mechanics which put him in time-worn situations, but subject him to dramatic dynamics that give the prototypical Angry Cop a renewed riveting life of violent score-settling.
That this time the Angry Cop, who was played with such compelling candidness by Amitabh Bachchan in the original “Zanjeer”, is played by Ram Charan Teja is just a huge stroke of luck for the remake. Ram Charan brings in an entirely unique brand of silent satyagraha to his character. When we first see him on screen, he wallops a goonda-politician on a busy road of Hyderabad as a hoarding of Ram Charan’s father Chiranjeevi’s film looks down on the chaotic scene.
A version of “Raghupati raghav…” plays in the background as Ram Charan lets us know without wasting time, that he means business.
The pace from that hard-hitting moment is relentless. The momentum never slackens even when Vijay Khanna gets down to expressing tender thoughts for the fast-talking befuddled and disoriented NRI girl Mala. Playing Mala, Priyanka Chopra seems to have a whole lot of infectious fun. She spells joie de vivre and looks gorgeous. Priyanka is the comic relief in this fast-paced actioner where fists and the background point out an ominous warning.
Lakhia paces the proceedings as a rush-hour traffic of bustling events. No one has the luxury to stop and think as the narration gathers up a storm of pulpy conflicts building up to an exceptionally staged climax filmed amidst the volatile proceedings of a crowded Moharram event.
From the Ganpati Viasarjan to the Moharram, Lakhia’s interpretation of “Zanjeer” traverses a mammoth canvas of rapid-fire images. Gururaj Jois’s camera moves dexterously, but never to divert our attention from the central conflict. And Chintan Gandhi’s dialogues use one-liners judiciously, never over-doing the smart-alec retorts.
The film’s action, by Javed-Ejaz, feels and looks right. The attention paid to getting the action sequences right is highly commendable. There is an elaborately staged multiple-explosion sequence in a huge Dharavi-like slum which belongs to a Vin Diesel-starrer.
Sanjay Dutt steps splendidly into Pran’s part. His sequences, though limited by the actor’s physical unavailability, show the sensitive side to his aggressive personality. The bonding between Ram Charan and Dutt comes across as effectively as the one between Ram Charan and Priyanka and Prakash Raj and Mahie Gill.
And the momentum never slackens.
Fast-paced, and forever furious, “Zanjeer” also finds space to be excruciatingly funny. In fact, the whole villain-vamp equation between Teja (Prakash Raj) and Mona Darling (Mahie Gill) is here subverted to a kind of comic coitus interruptus where Prakash Raj repeatedly keeps talking about sex without getting down to it while ‘Mona’ Mahie Gill purrs and moans and pouts — not out of passion but for just the opposite reasons.
The most tongue-in-cheek homage I’ve seen in a remake occurs in this film when we see the new Teja-Mona pair watching actor Ajit and Bindu in the original “Zanjeer” on a DVD. The sequence is irreverent without appearing to belittle the original. It reminds us of the renewed cycle of art and individual talent.
Throughout the film, we sense the director’s immense affection for the original “Zanjeer”, a reverence that never clouds his judgement.
This is one remake that stands tall and lithe. It is manned by a manful supply of action and yet manages to keep the machismo understated. Breakneck-paced, adrenaline-pumping, pulse-pounding — Lakhia’s deconstructed version of the Prakash Mehra film is a full-on pacy paisa-vasool entertainer with brio and balls.
Ram Charan Teja makes an impressive Bollywood debut. We can safely say he is the man among the boys.
Go for it!

Indian-American Manju Goel to run for US Congress

Netflix’s ‘Never Have I Ever’: Spiffy enough to keep your hooked