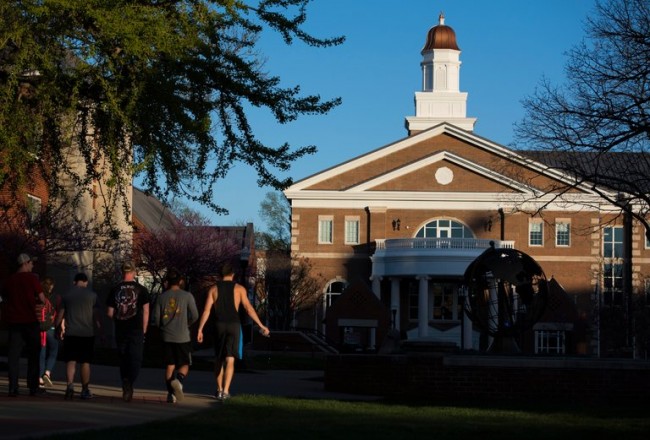 Washington, June 7 (IANS) At least 25 Indian students in their first semester of computer sciences program at Western Kentucky University have been asked to return to India or find placement in other schools because they did not meet the admission standards of the varsity, The New York Times said on Tuesday as Prime Minister Narendra Modi was on a US visit.

Some 60 Indian students were enrolled for the program in January and the university was said to have used international recruiters to enrol them.

James Gary, the chairman of Western Kentucky’s computer science program, told the Times that “almost 40” of the students did not meet the requirements of their admissions, even though they were offered remedial help by the university.

This means that 35 students may be allowed to continue while 25 “must leave”, the newspaper said.

Gary said permitting the students to continue in the programme would “be throwing good money after bad” because they were unable to write computer programmes, a necessary part of the curriculum and a skill that US schools teach to undergraduates.

“If they come out of here without the ability to write programmes, that’s embarrassing to my department,” Gary said, explaining why the university could not permit them to continue.

The students had been admitted after a recruitment campaign in India where advertisements were run offering “spot admission” to the university, as well as tuition discounts.

The university Senate has now endorsed a resolution expressing concern about the recruitment campaign which was part of the university’s efforts to lift enrolment and revenue in the face of deep state budget cuts, the newspaper said.

The university, in a statement, said it had altered its international recruitment efforts in India. The school will also send members of the computer science faculty to India to meet with students before offers of admission are made in the future.

The chairman of the Indian Student Association at Western Kentucky University, Aditya Sharma, has expressed concern about the students who have been asked to leave.

“I definitely feel badly for these students,” said Sharma, a graduate student in public health administration. “They’ve come so far. They’ve invested money into it.”

But he admitted that some of the students had adopted what he called a “casual” approach to their studies. “They could not meet their G.P.A. (grade point average), so the university had to take this decision.”

Prime Minister Modi is on a three-day visit to the US, where he will hold bilateral talks with US President Barack Obama and also address the US Congress.

This is not the first time that Indian students in the US have faced problems.

In April, over 300 Indian students were forced to leave their respective schools in the US. The students were provided admissions as part of a fake university sting operation conducted by law enforcement agencies to expose a visa scam which allowed more than 1,000 foreigners to maintain student and work visas.

At least 10 Indian-Americans were among 21 people arrested as part of the sting operation in which a fake university was created by US authorities.

Raising a child gets costlier in the US