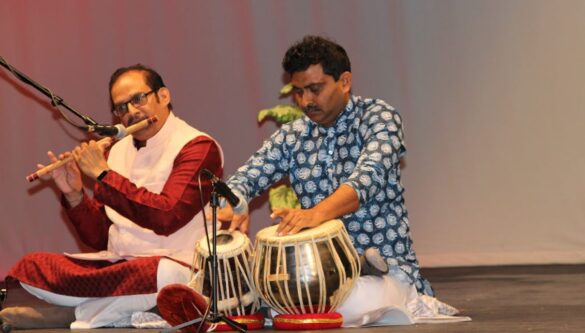 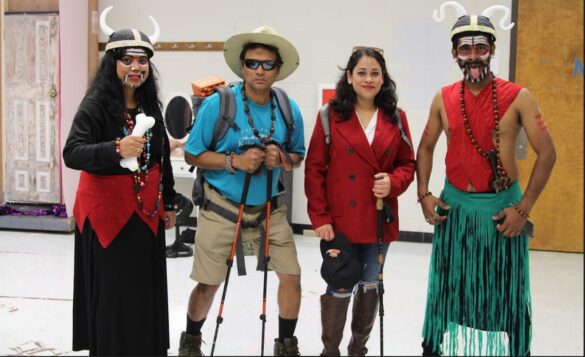 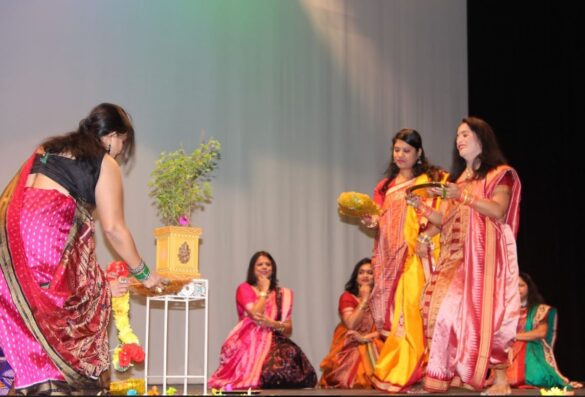 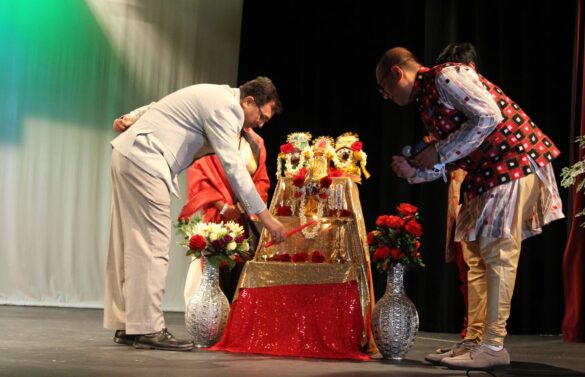 Atlanta, GA: “Asian-Americans are energizing the U.S. consumer market as they never have before, and reshaping the commercial and retail landscape of America.” noted Dr. Jeffrey M. Humphreys, University of Georgia economist and featured speaker at the AAHF Gala.

Asian-American Heritage Foundation (AAHF) held its 12th Annual Heritage Month Gala at the Atrium in SunTrust Plaza Garden on May 18, 2013. The event featured Asian cuisine and entertainment with expert speeches and special recognition for outstanding members of the community.

Founded in 2003 to promote economic, education and health care within the Asian-American community in Georgia, AAHF holds an annual fund-raising gala dinner in May to celebrate the Asian/Pacific American Heritage month.

In his brief address, Hon. Ajit Kumar, Consul General of India in Atlanta said, “Balance of power is shifting towards Asian Americans,” adding that the Indo – US strategic relations are better than ever in all fields. The Consul General was recognized at the event.

Keynote speaker Dr. Jeffrey M. Humphreys, Director, Selig Center for Economic Growth Terry College of Business, University of Georgia delivered an erudite talk about Asian Buying Power. “During the course of a year, I give 30 to 40 speeches with the majority dealing with the economy and the recession of the past few years” he opened, adding that speaking about growth of Asian-American consumer market was however more upbeat than that.  “Asian Americans have the power to decide the fate of a lot of businesses.” he said. Dr. Humphreys began tracking the growth of the impact of Asian-Americans on the consumer markets of both the nation and Georgia in 1990. He noted that at that time, the consumer market in the U.S. associated with Asian-American buying power amounted to $117 billion. By 2012, it had grown to $718 billion. “If the Asian American consumer market was a country, it would rank the 20th largest in the world.” he said.

“Georgia is ranked as 13th largest Asian-American population among the states and is one of the nation’s rapidly emerging consumer markets. It’s consumer market ranked 12th in size among the states last year. In 1990 it wasn’t even on the radar.” Dr. Humphreys stated. He noted that the Asian American Buying power came in at $13 billion last year, which was $1billion in 1990, and $4 billion in 2000. “That’s a 213 percent increase since the beginning of the century”, he noted. Dr. Humphreys defines Buying power as after-tax personal income available for spending on an annual basis.

Dr. Humphreys observed that Asian-Americans spend more on restaurants, shelter, clothing, public transportation, education, pensions and social security, primarily because they live in urban areas and their incomes tend to be higher. He opines that Asian-Americans suffered less monetary losses from the downturn in housing prices than many Americans because most rent instead of owning homes. “Asian-American buying power since 2000 rose by 164 percent as opposed to 60 percent for whites, with Asian-Americans earning 21 percent more than the average earning American.”

Dr. Humphreys attributed various factors to the growth of Asian Americans including “favorable demographics” that were abetted by the Immigration and Nationality Act of 1965 that favored skills and family relationships over national origin. Other contributing factors he noted were that 50 %of the population are in their mid- to late-20s and haven’t attained their main earning years and 31% have bachelor or graduate degrees, which substantially benefit their earning power.

Dr. Beheruz N. Sethna, Professor of Business who retired at the end of 2012 as president of the University of West Georgia, was honored for overseeing the school’s transition from a small liberal arts college to a full university. Emcee Rosario noted that he was the first person of any ethnic minority to become president of a university in Georgia other than a historically black college. He also is the first person of Indian origin to become president of a university anywhere in the U.S.

The Gala kicked off earlier that evening with a warm welcome from Emcee Fabian De Rozario, past President of NAAAP, Atlanta. Rozario requested some distinguished personalities to welcome and greet the gathering, starting with Chris Horace, Senior VP, Strategic Management at SunTrust Bank.

Horace extended his greeting to everyone and welcomed everyone to enjoy a slice of Asian culture. Vir Nanda, Director of AAHF talked about the inception of the foundation and the significance of holding the Gala in May, which is recognized as the Asian/Pacific American Heritage month.

“Asian Heritage started in 1978 when Jimmy Carter was the President” he said. “The month of May was chosen to commemorate the immigration of the first Japanese to the United States on May 7, 1843, and to mark the anniversary of the completion of the transcontinental railroad on May 10, 1869. The majority of the workers who laid the tracks were Chinese immigrants,” he explained.

Introducing Ani Agnihotri, Chair Person of AAHF Rosario said among other credentials, Agnihotri was recognized by the State of Karnataka, India for helping to link states of Georgia and Karnataka. And also that Georgia Trend magazine listed Ani as one of the 100 most influential Georgians and named him notable Georgian for 2012 and 2013.

Agnihotri recognized the executive committee members and board of directors of AAHF.

In his brief address, Farooq Soomro, President of AAHF stated, “We will moving towards our No.1 goal – to build a Asia Center – Network of Asian American Community and provide recognition of Asian community within the corporations. We speak for the voice of Asian Americans”,

Individuals recognized at the Awards included Dr. Jeffrey M. Humphreys, Beheruz N. Sethna, Atlanta attorney B. J. Pak, born in Seoul, Korea, and serving as a state representative for the 108th district in the Georgia General Assembly. He is the first American of Korean origin to be elected into any state legislature in the Southeast, State Rep. Stacey Y. Abrams of the 89th district and House minority leader; K. J. Tan, president of Tan and Associates and foundation board member; and John Lu, president of Lucky Corp, Ani Agnihotri and Farooq Soomro.

AAHF was founded by a group of former commissioners from Georgia Governor Roy Barns’ Commission on Asian-American Affairs for the purpose of promoting economic, education and health issues within the Asian-American community in Georgia. You may check http://asianamericanheritagefoundation.org/ for details.