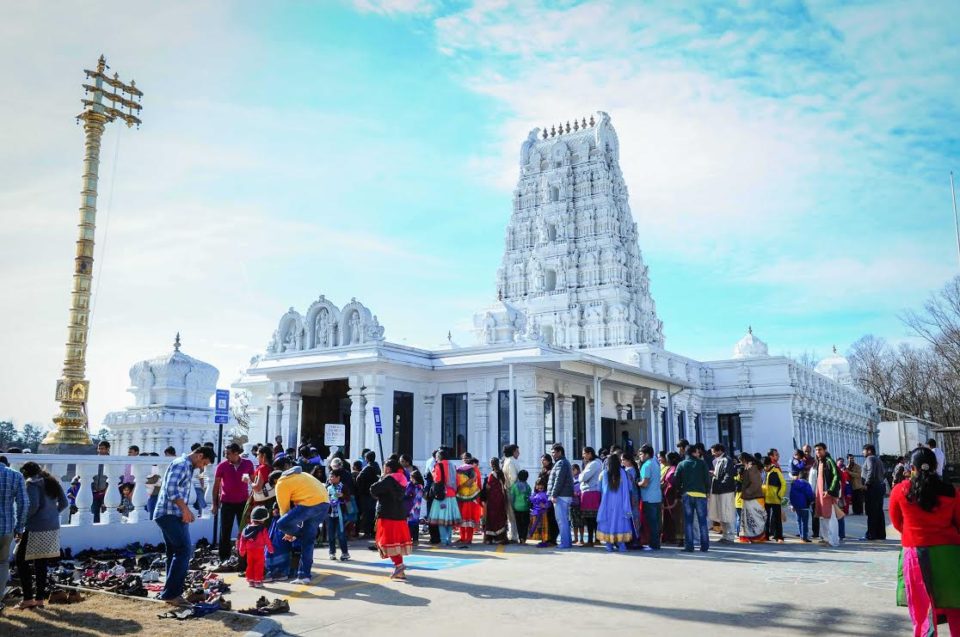 Atlanta, GA, May 17, 2019: In what appears to be well-orchestrated thefts at temples across Georgia, jewelry was stolen off the deities at the Hindu Temple of Atlanta (HTA) in Riverdale Friday afternoon.

According to sources connected with the HTA, jewelry was stolen off the main deity, Balaji and the vigraha of Andal. Two priests were present in the sanctum when the theft took place, but they were engrossed in performing rituals. Two couples, both seemingly Caucasian, were at the center of the theft.

The value of the stolen jewelry, according to sources, is minimal.

NRI Pulse will have more details as they become available.

“They first requested one priest to step outside for an interview, which they pretended to record on their cell phone camera. They said the priest did not know sufficient English, so they asked the second priest to join them outside,” said Keshava Murthy, who had gone home for a break when the burglary took place.

When both priests were outside, the rest of the group, one male and two females, proceeded to take the gold necklaces off the deities. The burglary was captured on surveillance cameras.

The three women in the group had their head covered. One of them carried an infant.

The priests were stopped from getting back inside the temple during the theft by one of the suspects. It was around 6.30 before the priests noticed the missing ornaments. They called Priest Keshava Murthy, who immediately called the police.

“The whole operation, which lasted less than 15 minutes, was pre-planned,” said Priest Keshava Murthy. “Only gold ornaments were taken. The rest of the jewelry was untouched.”

Surveillance video from Saturday shows a family of four- a male, female and two children, take photos of every deity and text them from right inside the temple.

Any information leading to an identification of these individuals, please notify Detective B. O’Haire of the Forsyth County Sheriff’s Office @ 770-781-2222 ext. 3321.

Vibha Dream Mile 2013: Over 1800 participants run to make a difference