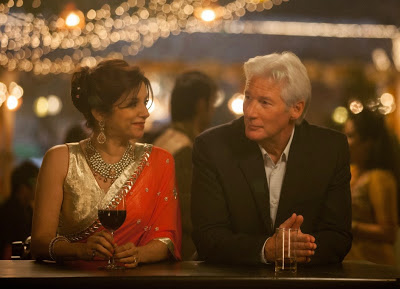 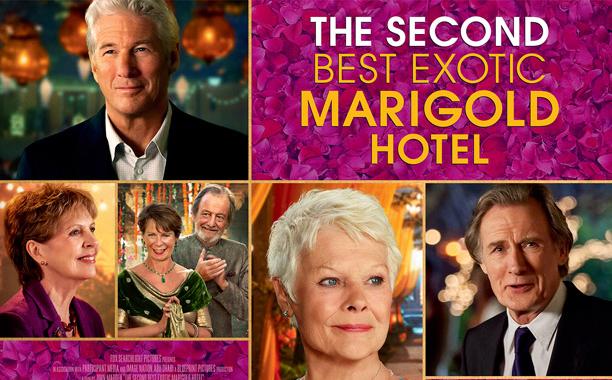 Washington, February 28 (IANS) “How many lives do you have,” asks the elderly co-manager, Muriel, in “The Second Best Exotic Marigold Hotel”, set in India’s Pink City of Jaipur.

“What it says is something which people find very affirmative,” says Indian actor Lillete Dubey, on-screen mother of owner Sonny (Dev Patel), who has “expansionist dreams” after the runaway success of his first hotel for “the elderly and beautiful” – and the film!

“For me it’s about the fact that at any time of your life, at any age that it’s possible. That life doesn’t get over at a certain point,” Dubey told IANS over the phone from London, where she was for the sequel’s world premiere earlier this month.

Directed by John Madden, the British comedy-drama with an international cast including Dubey, Patel and Tina Desai, releases across North American theatres March 6.

Recalling the conversation between Muriel (Maggie Smith) and Evelyn (Judi Dench), Dubey says the same theme is there in the case of the younger couple too – Sonny “a boy who looks like a loser” and his love, Sunaina (Tina Desai) – “that you could turn this life around”.

“And it is this truism at the end of it all that appeals to the people, aside from great performances, a nicely written script, its humour and a little bit of drama,” she said.

Desai too didn’t have any doubts at all about the film.

“Looking at the director, the script, the actors, it’s a no brainer. I loved the writing and I loved the humour, but what hooked me was the scene in which I sneak into Dev’s room at night and get caught by his mother.

“That was hilarious. It was so alarming and shocking and funny,” she said. “But the second was even better because of the wedding and I have a bigger part,” she said.

Dubey said she was very happy to do the sequel for the chance of working again with Madden and “all these wonderful actors”.

“And for Madden to get some of the best British actors – Tom Wilkinson, Judi Dench, Maggie Smith, Bill Nighy – all together was an absolute coup.”

Before she saw the script, she “wondered where it would go, how it would sustain the novelty value, but when I read the script I felt the film holds on its own”.

Dubey, who has worked in both Bollywood and the West, said the two experiences “are very different.”

“The sensibilities are very different. In the West, people who are very big stars are very down to earth and approachable – very democratic almost.”

Now the Indian film industry too has become more organised and professional, she said. But the star system is very strong and it works in its own way, and “you just have to get used to it.”

Desai agrees that not only do the Indian and Western filmmakers have “a different approach, but the cultural differences, the cultural understanding and the perspective changes when it’s an Indian project or a Western project.”

But for her “it was like a free acting school,” she said. “It’s such a joy. It’s where you get to see them do what they are best at.”

“How much more they add to the writing. How much they think of what their characters are. How they use the props, the location and their voice and how much they play around with their lines.

“They just basically encouraged me to think more, break rules and not follow norms.”

Desai could not say what impact “Marigold” would have on the film industry. Films targeted at older moviegoers might be rarer because of commercial reasons.

“But a decent number will go on to happen as it was in the past,” she said, calling “Last Vegas”, a Vegas version of Marigold.

So will there be a third ‘Marigold Hotel’?

But Desai, calling it the best experience of her life sounded excited, “Oh my God! I hope there is one coming every three years.”