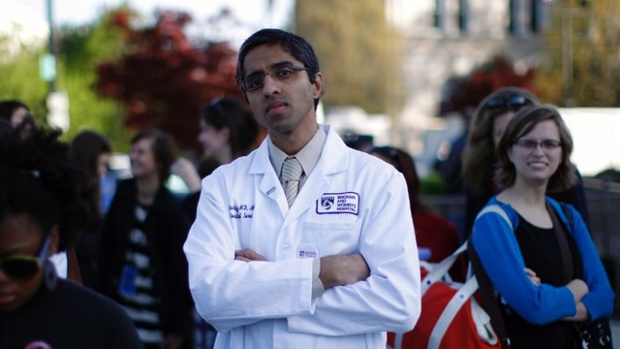 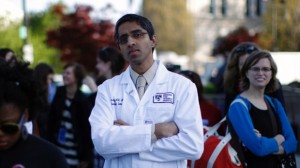 Washington, Nov 24 (IANS) As Nisha Desai Biswal officially became Washington’s first Indian-American pointperson for South and Central Asia last week, her boss mentioned that she is known as “somebody who speaks softly and carries a big stick”.

But whether it was with her soft speech or her big stick, Biswal’s efforts to bring peace between the feuding begums of Bangladesh even before she was formally sworn in won praise from US Secretary of State John Kerry.

“This week in Bangladesh, Nisha showed how she never misses a chance to speak up or stand up for America’s values,” Kerry said, recalling her meetings with both Prime Minister Sheikh Hasina and opposition leader Khaleda Zia.

“She spoke forcefully about the need for leaders to rise above partisan differences and find a peaceful way towards the ballot box,” said Kerry, who first met Biswal in 2004 when she was volunteering on his presidential campaign.

Kerry called Biswal’s story a “great American” story “of a woman who left a small town in India at age 6 to come to America and now becomes one of the most important leaders in the Department of State as Assistant Secretary of State for South and Central Asia”.

But it’s now becoming an increasingly common story as President Barack Obama has turned to more and more accomplished Indian-Americans to take up key jobs from arts to science to commerce to diplomacy.

Biswal herself for the last three years has served as assistant administrator for Asia at the US Agency for International Development (USAID), which is headed by Rajiv Shah, the highest-ranking Indian American in the Obama administration.

Days in her new job, Biswal in her own words “stole” another Indian-American Atul Keshap, who had done a stint at the US embassy in New Delhi 2005-2008, from the Asia Pacific Economic Cooperation Bureau, to be her new deputy.

Just six months after his inauguration, Obama named Vinai Thummalapally as the US ambassador to Belize. Son of a retired scientist who worked for Andhra Pradesh Forensic Sciences Laboratory, he is the first Indian American ambassador in US history.

In the Pentagon, the highest ranking Indian American is Vikram J. Singh, deputy assistant secretary of defence for South and Southeast Asia. He serves as the principal advisor on development and implementation of defence strategies and plans for the region, including India.

Obama, who at two over two dozen has more Indian-Americans serving in his administration than any of his predecessors, has appointed at least ten from the community since his re-election last November.

In September, Chandigarh-born legal luminary Sri Srinivasan made history as he became the first Indian American judge of the US Court of Appeals for the District of Columbia Circuit, which is often called the second most powerful court in the US.

Earlier this month, Obama nominated Dr. Vivek Hallegere Murthy, the Indian-American head of a doctors group that promotes his signature healthcare law, to be the next US surgeon general, also known as “America’s doctor”.

Other recent nominees include Gargee Ghosh, director of policy analysis and financing (PAF) at the Bill & Melinda Gates Foundation, as a member of his Global Development Council, and actor Kal Penn of “The Namesake” fame to his Committee on the Arts and Humanities.

Then there is Manhattan’s US Attorney Preet Bharara, dubbed “Sheriff of Wall Street” by Time magazine, who in a four-year insider trading crackdown has won a record 76 convictions, including that India-born former Goldman Sachs director Rajat Gupta.

The President’s Men of Indian origin

Sri Srinivasan – Judge of the US Court of Appeals for the district of Columbia Circuit.

Kal Penn – Member of the President’s Committee on the Arts and Humanities.

Preet Bharara – US Attorney for the Southern District of New York, dubbed “Sheriff of Wall Street” by Time magazine.

Vinai Thummalapally – US ambassador to Belize, first Indian American ambassador in US history.

'Headley betrayed all – his wives, US, ISI, LeT'