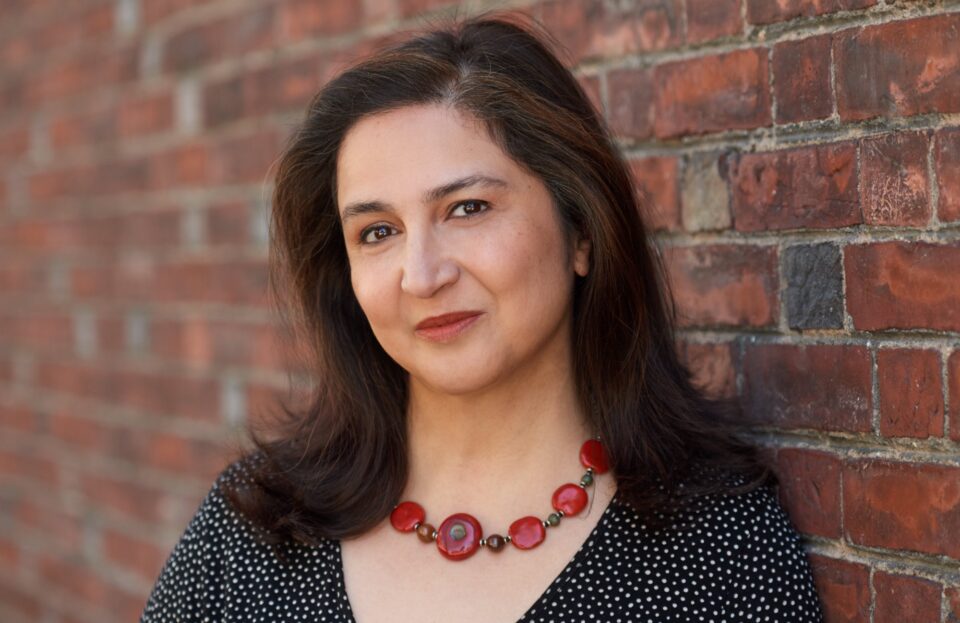 Of international students, for international students and written by a former international student, America Calling: A Foreign Student in a Country of Possibility is a deeply perceptive memoir that zooms into this group’s impact on the American economy and innovation. Rajika Bhandari, Ph.D. dives deep into her story with flashes of associated history and events, and richly reinforces it with research, even as she traces the path of the self-discovery of the protagonist who embarks on her US journey as a naïve foreign student and completes the circle as an international higher education expert and a woman who uncovers her own voice and place in the world.

Divided into three parts, Bhandari juxtaposes her experiences as a student in America and India, detailing the trials and triumphs along the way in part one. In part two, she moves on to the next step– post-graduation – the job search, workplace discrimination, and tedious immigration laws. Part three proves to be an insightful observation about the stereotypes regarding immigrants in general and international students, in particular.

What draws thousands of seekers and students across the world to America? The quintessential and indefinable quality of America, Bhandari writes, is the perception of America as a land of freedom, opportunity, and possibilities, where pushing boundaries and exploring new frontiers—real, psychological, and educational—seem possible.

The story follows the odyssey of the author who arrives in the US with a visa for higher education, which only happens to be a valid reason to join her fiancé Vikram, a student at North Carolina State University. Soon Bhandari is plunged into the realities of student life in the promised land with limited income, resources, savings, coupons, accents, and an overwhelming culture shock, be it the surprised looks from the waiter when she asks for tomato sauce with pizza or getting used to computers as a way of life in the US (which, back in the early 90s were prized possessions in India). America is also a great equalizer in many ways – especially for those to who land from India where class is very pronounced in all walks of life. But here, all Americans group all Indians in the same bucket as Bhandari writes – She did not know that Vikram came from an influential family in India where everyone was either a lawyer, a doctor, or a senior civil servant, or that my mother was a professor of English literature and could probably teach Pam a thing or two about English. Or that both Vikram and I had been to two of India’s best private schools and top undergraduate colleges. …All she could see was our brown skin, and all she could hear were our strange accents.

Six years and a doctorate degree later, Bhandari faces a new set of challenges that includes moving westward to California leaving behind all things familiar, hustling with employers about pay scale, who, knowing fully well that her stay is dependent on whether or not they agree to sponsor her H1 Visa try to have her settle for lower payrates. She also has to deal with the unknown wait period for obtaining the visa until which time she is not allowed to work, an unstable roommate and finally her waning relationship with Vikram, among other things.

As things settle, homesickness and nostalgia beckon Bhandari back home and she follows her calling to explore more options, only to realize “In India I was too American, and in America I was too Indian.” Bhandari weighs in her resident and non-resident status questioning if she could ever return to live here, and discovers that the answer was a no. Why? “There was nothing more for me here. India and I had both changed and grown, but in different directions. I had become a foreigner in my own country,” she notes.

Eventually, Bhandari began a rewarding career as the director of research and evaluation for the Institute for International Education in New York City, completing the circle, leading the research and compilation of the Open Doors Report on International Educational Exchange, an annually updated and widely used survey of thousands of US colleges and universities that, since the 1950s, had documented the number of international students and scholars coming to the US and the number of American students going abroad.

Through her discerning eyes, Bhandari provides the reader a unique contrasting perspective of the socio-economic, political and women’s standing in both Indian and American societies.

“Predators were in our own homes,” writes Bhandari, narrating a harrowing tale of an influential minister in India who casually squeezed her breast while she sat as a guest in his home. Bhandari goes on to cite the infamous “Nirbhaya” case that was splashed all over the world. But, Bhandari notes, just a few months before the attack on Nirbhaya, a sixteen-year-old American teenager in the midwestern town of Steubenville, Ohio, was repeatedly raped during the course of the evening by two high school boys. “While the world reacted with horror at the details of the Delhi bus gang rape, the Ohio incident received very little attention and was dismissed as aberrant behavior by two jocks rather than the outcome of any sort of systemic misogyny or rape culture,” writes Bhandari. She concludes her comparison with the knowledge that visible expressions of being able to choose—the freedom of movement, the freedom of dress, the freedom of speech—were often just that, external and at times superficial and didn’t necessarily translate into complete equality in the more unseen parts of American life. The bias, Bhandari notes, extends to workforce with “gender wage gap” ubiquitous in offices across America. It was also opening my eyes to the contradictions with which women live and the overt and hidden sexism that surrounds us—a reality that existed in both America and India, she writes.

Tracing the love affair between Indian students and US universities back to the 1800s, Bhandari writes about Anandibai Joshee, who became the first Indian student to graduate in 1886 from a US institution and qualify as a physician from the Women’s Medical College of Pennsylvania (now part of Drexel University). While Joshee fell ill and died at age 22 in India, Anandibai’s husband sent her ashes to be buried in the US, to honor her love for America. Her final resting place is in Poughkeepsie Rural Cemetery in the Hudson Valley. Bhandari also elaborates on the “African airlift,” a little-known episode in America’s educational diplomacy that in the 1960s brought eight hundred postgraduate students on scholarships from Africa to the US. Among those who are considered members of the “airlift generation” is the senior Barack Obama, President Obama’s father and Nobel Prize winner Wangari Maathai.

Recounting the aftermath of 9/11 with emphasis on its connection to international students, Bhandari brings forth a lesser-known fact about the lead investigator Shyam Sunder, who, once an international student from India, arrived in the US in 1977 to pursue his graduate studies in engineering at MIT. The irony, she observes of an engineer who had come to the US as a student now helping to solve the crime that another foreign student—Hani Hanjour, one of the 9/11 terrorists—had been accused of committing.

Well versed with knowledge and numbers, Bhandari argues that the decline in international students, witnessed during the pandemic will in fact negatively impact the American economy and also its influence on the world. The most obvious examples, Bhandari writes are the 570 current or former heads of foreign governments who have studied in America on US government–supported programs, prompting then Secretary of State Colin Powell to observe in 2001, “I can think of no more valuable asset to our country than the friendship of future world leaders who have been educated here.”

“International education is serious business”, notes Bhandari citing the industry built around it in the US creating 455,000 jobs in the process. International students bring in $44 billion dollars to the US, she observes.Contrary to popular belief that foreign students are subsidized by American taxpayers, Bhandari provides research data to support the fact that US education is one of the top six service exports, and in fact generates more income than exported cars and medicine. Unlike other exports, Bhandari notes, an American education never leaves the country, allowing US colleges, universities, and American society to reap the benefits of the presence of international students

The essence of America reflected in its colleges and universities, has drawn students from all over the world, and pioneers in their quest for knowledge and a better future. But the world is evolving towards a globalized civilization, all interconnected and interwoven. While America has served well in the past, the question, Bhandari says America needs to ask itself is not what it has meant to the world in the past, but what does it want to mean in the future. Ring..Ring..Hello..America Calling…the answers remain to be seen.

A former international student from India to the US and an Indian American immigrant, Rajika Bhandari is an international higher education expert, a widely published author, and a sought-after speaker on issues of international education, skilled immigrants, and educational and cultural diplomacy. She is the author of one previous nonfiction book, The Raj on the Move: Story of the Dak Bungalow, and five academic books. Dr. Bhandari is quoted frequently in the global press, and her writing has appeared in the Guardian, the Chronicle of Higher Education, HuffPost, University World News, Times Higher Education, and the Diplomatic Courier, among others. She lives outside New York City. Learn more about her at: www.rajikabhandari.com.

Your interview of Rajika Bhandari speaks to most of us who came to America as international students, stayed, and contributed a great deal to America.
As Bhandari’s story testifies, international students, contrary to how they are perceived by America,
prove to be the most invaluable asset to not only the academia, but also its economy, sciences, art and culture as well.
And Jyothsna, as an interviewer, you excel as always.

Dear Uma, thank you for your wonderful comments on the review and my book. You are indeed right that this book is the story of many of us who came to the US through the pathway of education. But it is a story that is not told often enough and which is why I wrote the book.