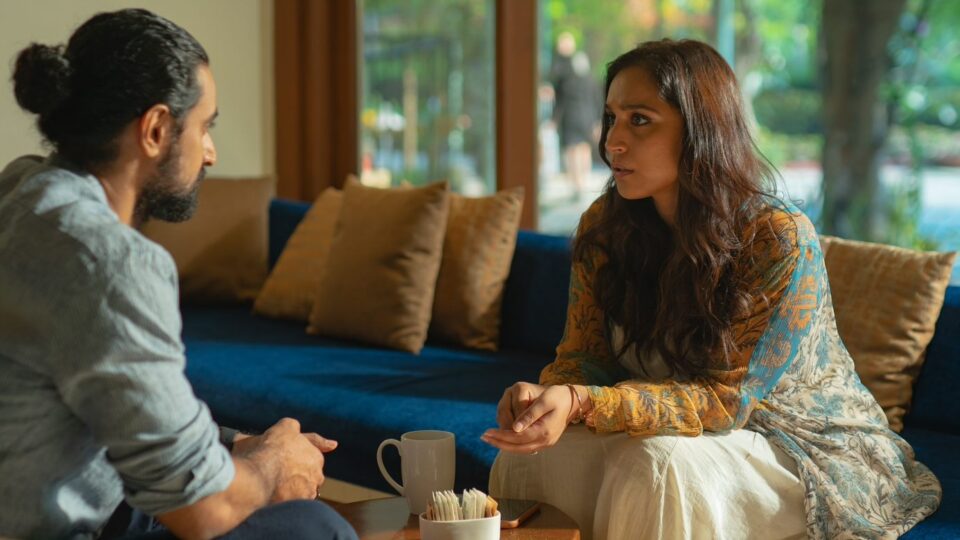 Made by three promising directors from Hindi cinema, ‘Ankahi Kahaniya’ streaming on Netflix is an anthology of three short films, all about the craving for love. Beneath the placid surface of the three narratives lurk a myriad of desires and anxieties and the pangs of love, making it a personal experience.

‘Ankahi Kahaniya’ means untold stories, but they don’t appear unique. There is nothing in the series that is unfamiliar, yet the stories are relatable.

Except for the film directed by Abhishek Chaubey, which is based on the Kannada story ‘Madhyantara’ by Jayant Kaikini, the other two are without titles and thus they lack a sort of identity.

Chaubey’s film is distinct in look and flavour. Set in the pre-Internet era, in a congested corner of Mumbai, the narrative revolves around the story of Manjari, a lower middle-class girl who loves films and craves the good things in life.

Living with her mother and brother in a congested ‘chawl’, her only mode of escapism is films, which she watches with her friend at the nearby Prakash Talkies. During her trips to the theatre, she gets attracted to the cinema attendant Nandu.

Nandu, who is an orphan and looks after his sick uncle, is also attracted to Manjari. But over time, he begins to doubt their relationship, for Manjari seems to be more interested in the ice-creams that he offers her. Despite coming from different backgrounds, they both decide to elope. En route, Nandu realises they intended to escape their claustrophobic lives, but their destinations are certainly different.

Saket Chaudhary’s film dealing with infidelity is crafted like an Agatha Christie plot, where the cheated partners visit the crime site (in this case, the corporate offsite venue) to re-live how their spouses got attracted to each other. This concept may work for crime thrillers, but it appears preposterous in this context.

In this film, Nikhil Dwivedi, despite delivering his best as Arjun, the cheating husband, seems like a miscast. He is effective but not charming; moreover, he seems short-changed by the poorly written character.

Palomi, as the cheating wife Natasha, is perfunctory. Kunaal Kapoor as Manav, founder of a failed start-up and now house husband, and Zoya Hussain as ‘Arjun’s Wife’, are both natural and pleasant. Mounted with decent production values, yet the film has little to boast about technically.

Ashwiny Iyer Tiwari’s film, which comes first in the series, is the most disappointing. The only saving grace in this film is actor Abhishek Banerjee. He plays the role of Pradeep, a salesman-cum-assistant at an apparel store who is assigned to sell ladies’ wear. How his loneliness pushes him to be obsessed with a mannequin forms the crux of this story. Banerjee’s understated sincerity reflects in every frame, and you empathise with his character.