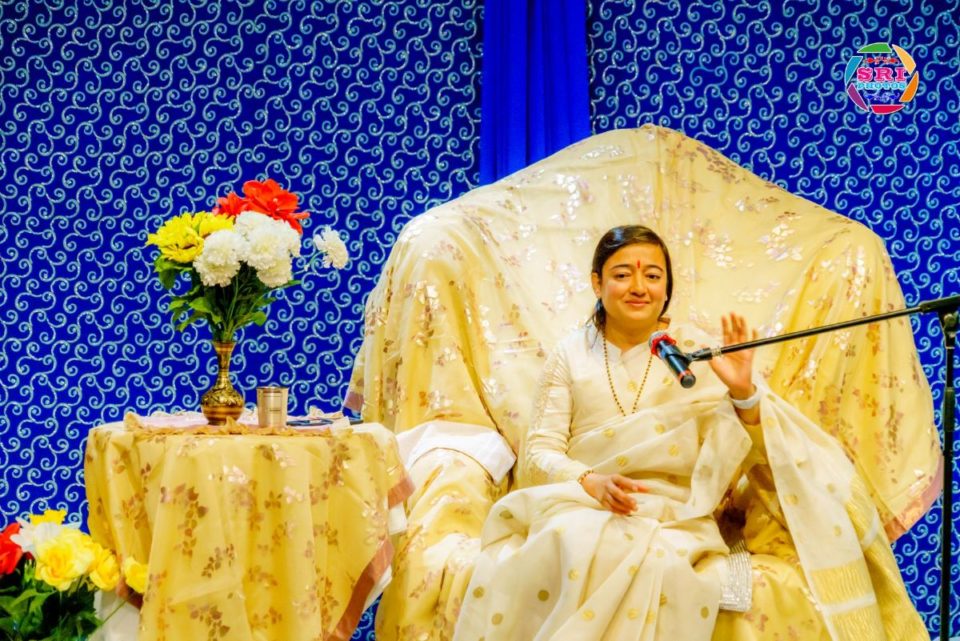 Atlanta, GA, October 10, 2019: “Meditation is simply the discovery of a word called ME,” said Mediation Guru, Archna Didi during her two-day Chakra Meditation Relaxation and Stress Relief workshops held at the Global Mall on September 14, and 15, 2019.

“I hope the community benefits from Archana Didi’s meditation techniques, as much as I have. It has really changed me for the better,” said Shiv Aggarwal, owner of Global Mall, who hosted the event. The workshop was anchored by Rachana Gupta, and started with the traditional lighting of the lamp, performed by Pandit Gyan Prakash Upadhyay and lit by Shiv Aggarwal and Archna Didi.

Chakra Meditation, Didi said is a way to focus on these Chakra points and open them to attract the cosmic energy within the body. Each chakra is connected to different organs and also human behavior. It is essential to open these Chakras, but it is equally important to balance them and that requires a Sathguru. A Sathguru is someone that has experienced bliss, she added.

“It is important to meditate to discover the ME, or yourself”, said Didi, adding that modern-day stress is attributed to the fact that we try to fight stress on the outside while the reasons lie within us. Meditation is one of the best ways to deal with the battles on the inside said Didi, and the battles on the outside will automatically be balanced. The crowd emulated Didi as she demonstrated ways to concentrate, relax and open up the seven Chakras.

Didi’s spiritual journey began early on, when she was four years old, when she started meditating on her own. She eventually met her Sathguru who advised her to share her Ananda (bliss) with everyone. Didi has been traveling the world, organizing workshops since then.

Didi has been on a US tour in Chantilly, Chesapeake, and Richmond cities in Virginia, in Atlanta and Orlando Florida.

US announces sanctions on Gupta brothers of South Africa