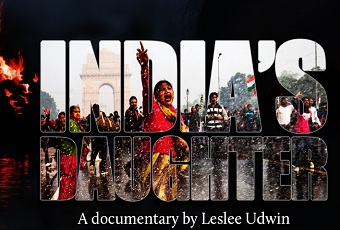 New Delhi, March 5 (IANS) Brushing aside Indian protests, the BBC has telecast a documentary on a brutal gang-rape in Delhi that has been banned in India, “given the intense level of interest” in it.

The hour-long documentary was then uploaded on YouTube by an individual, effectively making it available to a global audience.

Shown on BBC Four, “India’s Daughter” is a documentary that had kicked up a storm after one of the convicts of the 2012 gang rape in Delhi was interviewed in prison here. He awaits death sentence.

The BBC said in a statement just before the 3.30 a.m. (India time) Thursday telecast that the film handles the issue responsibly and complies with editorial guidelines.

“The film handles the issue responsibly and we are confident the programme fully complies with our editorial guidelines. The BBC will broadcast Storyville – India’s Daughter, in the UK on BBC Four.

“The documentary has the backing of a number of other public service broadcasters. However, the BBC is only responsible for transmission of the film in the UK.”

The documentary, by British filmmaker Leslee Udwin, drew criticism from Indian MPs as to how the convict came to be interviewed in jail and sexist remarks of the prisoner’s lawyer.

The Indian government on Wednesday wrote to the BBC to ensure that the film was not telecast through any medium in India or abroad.

A 23-year-old trainee physiotherapist was brutally gang-raped on December 16, 2012 on board a moving bus in Delhi. After undergoing terrible agony, she died in a Singapore hospital on December 29.

The rape triggered violent protests across India, particularly in India, shaking the then government of prime minister Manmohan Singh.

BBC said that “given the intense level of interest” in the film, the time of transmission had been brought forward to 10 p.m. on March 4 “to enable viewers to see this incredibly powerful documentary at the earliest opportunity”.

The documentary was initially slated for telecast on March 8, International Women’s Day.

“This harrowing documentary, made with the full support and co-operation of the victim’s parents, provides a revealing insight into a horrific crime that sent shock waves around the world and led to protests across India demanding changes in attitudes towards women,” the statement added.