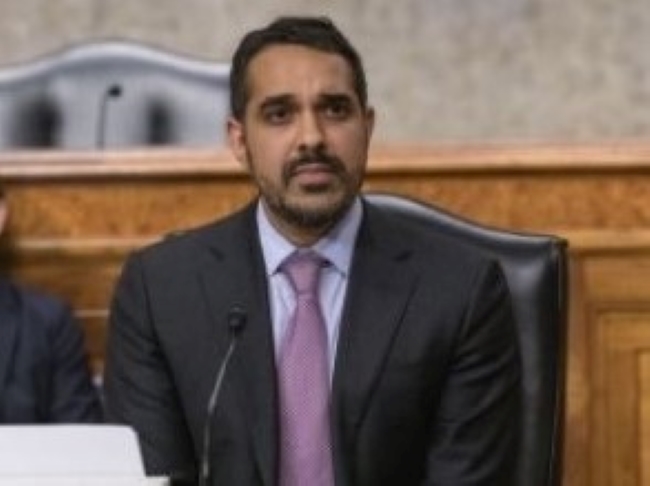 New York, Dec 21 (IANS) US President-elect Joe Biden on Monday named Bharat Ramamurti to be a deputy director of the National Economic Council with an important role in carrying out his campaign promises of banking and consumer reforms.

He will be responsible for financial reform and consumer protection on the council, which is the President’s influential advisory body on economic policy.

Ramamurti is expected to help steer the Biden administration’s programs to implement several promises in his manifesto of reform, consumer protection and banking.

He is a member of the Congressional Oversight Commission for the coronavirus economic stimulus legislation known as the CARES Act. Ramamurti is also the managing director of the corporate power program at the liberal think tank, Roosevelt Institute.

He is the eighth Indian American named by Biden and Vice President-Elect Kamala Harris to important posts in the administration that takes over on January 20.

The others named include Neera Tanden to be the director of the Office of Management and Budget, Vivek Murthy to be the Surgeon General, Vedant Patel to be White House assistant press secretary, Mala Adiga to be the policy director for First Lady Jill Biden, and Atul Gawande and Celine Gounder to be members of the Covid-19 task force.

Ramamurti has worked with Senator Elizabeth Warren, who ran unsuccessfully for the Democratic Party’s presidential nomination. He was the top economic adviser to her presidential campaign and had been the senior counsel for banking and economic policy in her Senate office.

Warren, who belongs on the party’s left, is among the nation’s foremost advocates for consumer protection and banking reform.

Ramaurti’s designation appears to be aimed at bringing ideological diversity to the proposed Biden administration, which has been criticized for being too centrist.

Senator Bernie Sanders, another leftist candidate for the Democratic presidential nomination, has said that the “voices of millions and millions of his and Warren’s supporters deserve representation in the Biden cabinet. And if you’re asking me if I’ve seen that at this point, I haven’t”.

The World Economic Forum gave Ramamurti credit on its website for “groundbreaking research on identifying and explaining the problem of concentrated corporate power in today’s economy and helping to advance solutions that rebalance power for the good of all”.

It said that he helped draft several bills for Warren including the controversial Accountable Capitalism Act that would have required employees to elect 40 per cent of directors of companies with over $1 billion. The bill failed to pass in the Congress.

He also helped conduct Warren’s investigation into the scandal of a major bank, Wells Fargo, creating fake accounts, and the data breach at Equifax, the consumer credit data corporation, according to the Forum.

Ramamurti, who was born in Massachusetts, graduated from the Harvard University and has a law degree from Yale University.