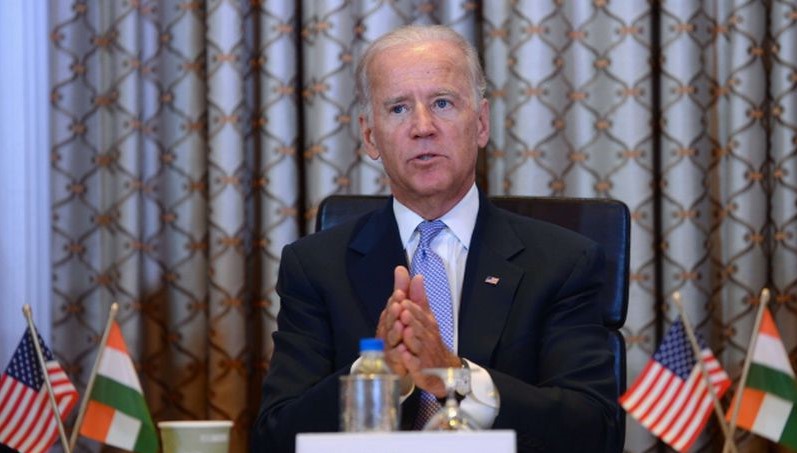 New York, July 12 (IANS) Outlining his foreign policy, Joe Biden, the Democratic Party front-runner for the 2020 presidential race, has said that he will “fortify” US “collective capabilities” with India.

In a speech outlining what he called his “foreign policy for the middle class” here on Thursday, Biden accused US President Donald Trump of cosying up to dictatorial strongmen and pledged that in his first year in the White House he will convene “a global summit for democracy, renewal of the spirit and shared purpose of the nation’s of the free world”.

He said the US needs “to look for opportunities for strength and domestic cooperation with friends beyond North America and Europe, reaching to our partners in Asia including Japan, South Korea, Australia, India, to fortify our collective capabilities”.

Pledging multi-lateralism, he said he would undo Trump’s withdrawal from two important accords: the US will rejoin the Paris climate change pact and, if Iran were to be sincere, reinstate the multi-national nuclear treaty with Tehran.

In setting out his world view, the former Vice President, who is leading in all the polls for party nomination, ignored his Democratic rivals and focused on what can be called his brand of “America First” foreign policy, distinguishing it from Trump’s combative version.

In Biden’s vision, no other country can lead the world. He said that he will bring the US “back at the head of the table” as the world is consumed by the challenges to democracy the climate change crisis, “renewed threat of nuclear war”, disruptive technologies and mass migration.

“It falls to the United States of America to lead the way” in harnessing the power of the “electric idea of liberty”, he said.

“If we do not shape the norms and institutions that government relations among nations, rest assured that some nation will step into the vacuum, or no one will, and chaos will prevail,” he said.

He said that the world sees Trump as “insincere, ill-informed and impulsive and at times corrupt” and that has pulled down America’s standing in the world with one recent poll finding that the US leadership “is now less respected than China’s and on par with Russia’s”.

But he grudgingly conceded Trump’s point that the US is at a disadvantage in the world economy.

“Foreign policy of the middle class will also work to make sure the rules of international economy are not rigged against us, because when American business compete on a fair playing field, we win.”

Nearly echoing Trump, Biden said: “We need to get tough with China. If China has its way, it’s going to keep moving and robbing US firms of our technology, intellectual properties and forcing companies to give it away to do business in China.”

But it will not be through tariffs, a cornerstone of Trump’s confrontation with China: His “short-sighted” economic decision-making has led to “American farmers, manufacturers and consumers losing and paying more”.

He said that the US represented a quarter of the world’s gross domestic product and together with its allies half of the global economy and use this power.

“The most effective way we need to change is to build a united front of friends and partners to challenge China’s abusive behaviour,” he said.

“China is playing the long-game, extending its global reach, investing in technologies of the future,” he said and to counter it he proposed “leading the charge for innovation around the world”.

“When it comes to energy, quantum computing, artificial intelligence, 5G, high speed rail. folks, we have the greatest research facilities. more than anywhere in the rest of the word combined.”

Biden accused Trump of undermining democracies while embracing dictators “who appeal to his vanity.”

He said that Trump deferring to Russia’s President Vladimir Putin in Helsinki was “one of the most shameful performances by a US President in US history” and attacked him for joking about Moscow’s interference in the 2016 American elections.

But he said that he would empower diplomats to pick up the negotiations with North Korea on denuclearization.