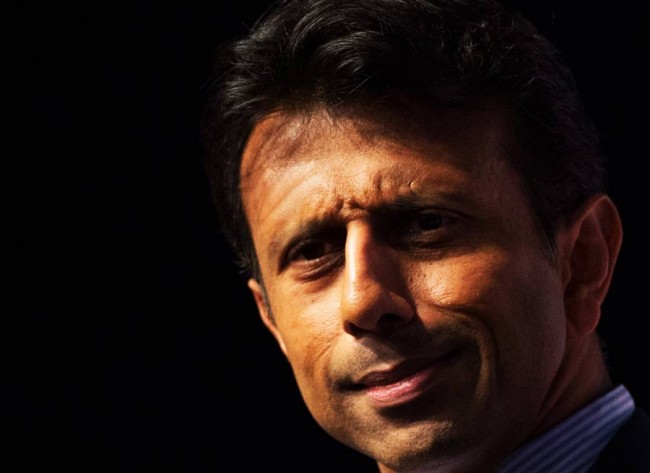 Finishing thirteenth, Louisiana governor Bobby Jindal, 44, a former vice chairman of the Republican Governors’ Association, was relegated to an earlier forum the same day with the six other candidates lowest in Fox’s selection of polls.

The debate in Cleveland, Ohio, marks the beginning of a new stage in the Republican nominating contest, where candidates will match their wits against each other as they try to project how they are best positioned to take on Democratic front runner Hillary Clinton.

In an unusual move backed by the Republican National Committee, Fox decided to rely on national polling data to split the contenders in two groups.

The decision means Perry, governor of Texas for 14 years, Santorum, who won the Iowa caucuses in 2012, and a sitting governor like Jindal will be relegated to the lower-tier debate.

There was no direct comment from Jindal, but Brad Todd, an adviser to the “super PAC” backing the Indian-American, who has drawn large crowds in Iowa, said: “The debate’s gotten disproportionate attention – the real race is happening in Iowa and New Hampshire.”

Todd according to the New York Times said his group planned to air a 60-second ad in Iowa during the debate, one that criticises the forum taking place in Cleveland.

“The donor class will not pick the nominee, nor will the establishment in Washington, nor a cable network,” he was quoted as saying. “I think it could have been done better for all concerned.

Those five were the most recent national polls from non-partisan, nationally recognized organizations, she said, using standard methodology.