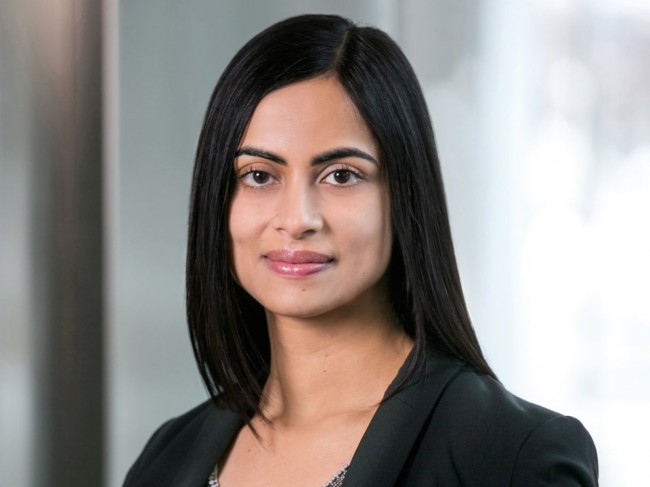 Suryadevara, will report to Mary Barra, GM chairman and CEO. With Suryadevara’s appointment, GM joins a handful of companies that have women serving as both CEO and CFO.

In 2014, Barra became the first woman to make it to the top of a major automobile company as CEO of GM, reports Quartz.

“I grew up and spent most of my childhood in Chennai, in south India. My dad passed away when I was very young, so it was my mother, sisters, and me,” Suryadevera recollected, in an interview with Real Simple magazine. “My mom had to raise three children on her own, which is difficult to do anywhere, let alone in India. She wanted to make sure there were no corners cut when it came to our education and to prove that we could have the same resources as a two-parent household. Her high expectations made us want to do better, and we learned that nothing comes easy. You have to really work hard to get what you want.”

Suryadevara joined GM in 2005. She received a bachelor’s and master’s degree in commerce from the University of Madras in Chennai, India and an MBA from Harvard Business School. She is a Chartered Financial Analyst and a Chartered Accountant.

“Dhivya’s experience and leadership in several key roles throughout our financial operations positions her well to build on the strong business results we’ve delivered over the last several years,” said Barra.

Suryadevara, 39, has been vice president, Corporate Finance since July 2017. In this role, she has been responsible for corporate financial planning, investor relations and special projects.

From 2015 to 2017, Suryadevara served as vice president, Finance and Treasurer. She helped achieve ratings upgrades from all three credit ratings agencies, completed $2B notes issuance to fund discretionary pension contributions and upsized and renewed GM’s $14.5B revolver.

Suryadevara also served as CEO and Chief Investment Officer for GM Asset Management from 2013 to 2017. In this capacity, she was responsible for the management of business and investment activities of GM’s $85B pension operations.

Ileana D'Cruz opens up about depression, marriage and pregnancy