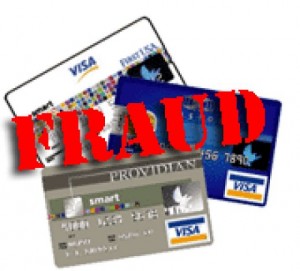 New York, Oct 3 (IANS) Four Indians are among 10 people charged for alleged participation in one of the largest credit card frauds in the US resulting in estimated losses of a whopping $200 million.
If convicted, they face a penalty of 30 years in prison and a million dollar fine. All are from New York or New Jersey.
Vinod Dadlani, Vijay Verma, Amar Singh and Tarsem Lal were part of a vast criminal enterprise in which more than 7,000 identities were fabricated to obtain tens of thousands of credit cards, New Jersey Attorney Paul Fishman said.
According to documents filed in the case, the scheme involved a three-step process. The defendants would make up a false identity by creating fraudulent identification documents and credit profile with major credit bureaus.
They would then pump up the credit of the false identity by providing false information about that identity’s creditworthiness to those credit bureaus.
Finally, they borrowed or spent as much as they could, based on the phony credit history but did not repay the debts – causing more than $ 200 million in confirmed losses to businesses and financial institutions.
“The scope of the criminal fraud enterprise required the conspirators to construct an elaborate network of false identities,” the complaint said.
“Across the country, the conspirators maintained more than 1,800 “drop addresses”, including houses, apartments and post office boxes, which they used as the mailing addresses for the false identities,” it said.
All but one of the defendants had been among 18 people previously charged with bank fraud conspiracy in a February complaint as part of the case.