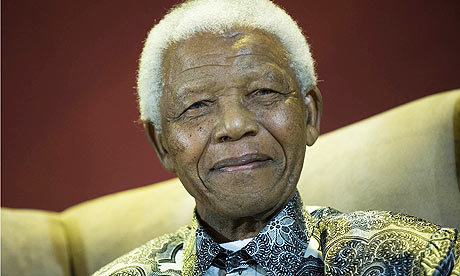 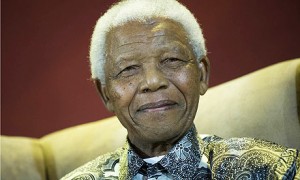 Pretoria, December 6 (IANS) South Africa’s first black president Nelson Mandela, who died Thursday, was an icon for ending the much-reviled apartheid system, a colossus who strode over world politics and a staunch Gandhian.

Mandela, who spent three decades in jail and went on to lead a life that was an inspiration, died at his home in a suburb of Johannesburg, at the age of 95.

He was a believer in principles of Mahatma Gandhi, who served in South Africa and later went on to lead India to freedom.

“The enemies that (Mahatma) Gandhi fought ignorance, disease, unemployment, poverty and violence are today common place in a country that had the potential to lead and uplift Africa. Today we are faced with the formidable task of reconstructing our country anew.

“Now more than ever is the time when we have to pay heed to the lessons of Mahatma Gandhi,” said Mandela in Pietermaritzburg in June 1993.

Mandela became the first black president of South Africa in 1994.

Known as the Father of South Africa, he had led a massive movement to end the apartheid system of segregation.

Madiba, the clan name by which Mandela was lovingly called by South Africans, was born Rolihlala Dalibhunga Mandela July 18, 1918, in the village of Mvezo on the banks of river Mbashe in Transkei, South Africa, to Nonqaphi Nosekeni and Nkosi Mphakanyiswa Gadla Mandela, principal counsellor to the acting king of the Thembu people, Jongintaba Dalindyebo.

After his father’s death when he was still a child, he became a ward of Jongintaba in the Great Place in Mqhekezweni.

He attended primary school at Qunu, a small village in what is today’s Eastern Cape province in South Africa.

It was here that one of his teachers, Mdingane, gave him the name Nelson in accordance with the school’s tradition of giving Christian names to its pupils.

He completed his BA from the University of South Africa and arrived in Johannesburg in 1941 and met Walter Sisulu, then an estate agent, who introduced him to Lazar Sidelsky, a white Jewish South African lawyer.

Sidelsky went on to become the mentor of young Mandela.

In 1952, he was among 20 people who were arrested for their role in the Defiance Campaign, a joint civil disobedience movement by the ANC and the South African Indian Congress.

In August the same year, after acquiring a two-year diploma in law, he and Oliver Tambo formed the first black law firm in South Africa, Mandela and Tambo.

It was also in 1952 that Mandela was banned for the first time.

Mandela was among 156 people who were arrested in a police swoop-down Dec 5, 1955, that led to the 1956 Treason Trial, which ended only March 29, 1961, when the last of the detainees, including Mandela, were acquitted.

After the Treason Trial, Mandela formed the The Spear of the Nation, the armed wing of the ANC and in January 1962, he left South Africa under an assumed name to travel around Africa and England to garner support for his armed struggle and underwent military training in Morocco and Ethiopia.

He returned to South Africa in July, 1962, and was arrested on charges of illegally leaving the country and inciting people to strike and was later sentenced to five years in prison.

In 1963, Mandela and nine others were put on the dock in the famous Rivonia Trial for sabotage.

While Goldberg was sent to Pretoria Prison as he was a white, the others were transferred to Robben Island.

In March 1982, Mandela was transferred to the Pollsmoor Prison in Cape Town.

He was transferred to the Victor Verster Prison in Paarl in 1988 from where he was released Feb 11, 1990, nine days after the ban on the ANC and the PAC was lifted.

He was elected the first black president in the first open election in South Africa April 29, 1994, and assumed office May 10 that year.

In 1999 he stepped down from the office after serving one term.

He married his present wife, Graca Mandela, in 1998, after his first two marriages to Evelyn and Winnie had ended in divorce in 1958 and 1996 respectively.

In January 2011 he was treated for an acute respiratory infection and in February 2012 he underwent surgery for an abdominal hernia. He was again admitted to a Pretoria hospital June 8 this year for a recurring lung infection.