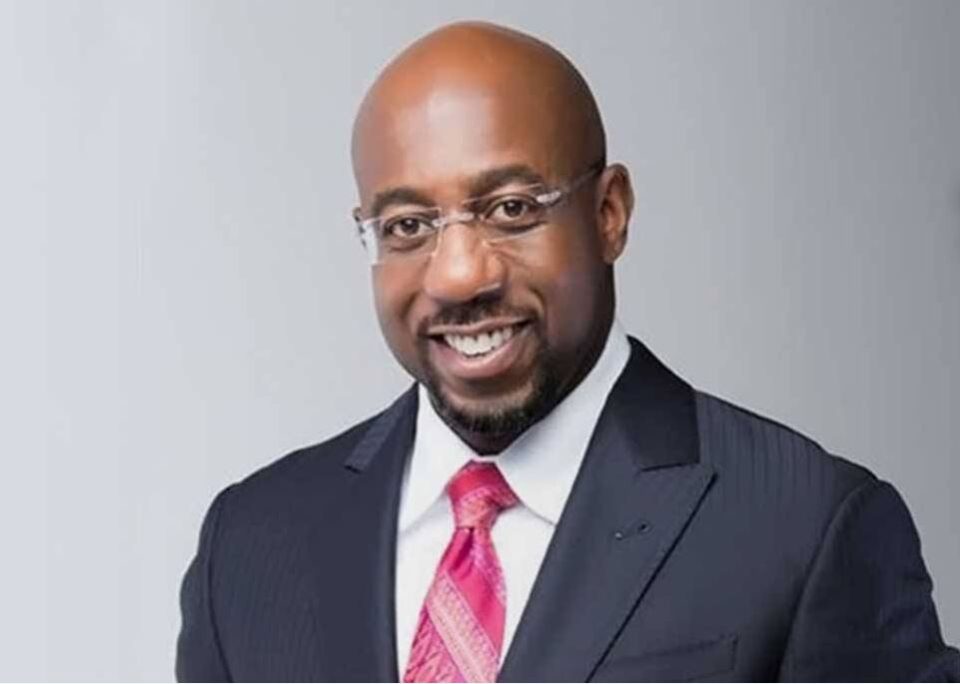 Atlanta, GA, October 19, 2020: In our ongoing series, NRI Pulse is interviewing candidates ahead of the November elections. Democratic candidate, Reverend Raphael Warnock, who is running in the special election to the U.S. Senate, discussed his priorities, his personal fight for racial justice and voting rights.

Dr. Warnock received a bachelor’s degree from Morehouse College and an M.Div., M.Phil., and Ph.D. from Union Theological Seminary. He became pastor of Ebenezer Baptist Church in 2005. He was the youngest pastor selected to serve in that leadership role at the historic church. Dr. Warnock graduated from the Leadership Program sponsored by the Greater Baltimore Committee, the Summer Leadership Institute of Harvard University, and Leadership Atlanta.

It may be noted that twenty-one candidates are on the special election ballot for U.S. Senate in Georgia in November. The election will fill the remaining two years of the six-year term that Johnny Isakson (R) was elected to in 2016. Isakson resigned at the end of 2019, citing his health. Gov. Brian Kemp appointed Kelly Loeffler, who is Rev. Warnock’s Republican opponent, to the seat. Loeffler is running in the election.

The Washington Post says winning this race is the key to Democrats taking back the Senate. Right now, you are running neck-and-neck with your opponent Sen. Kelly Loeffler. Do you have enough grassroots support to flip the district blue?
Yes, indeed. We are running a people-centered and people-powered campaign. This has been an extension of the work I’ve been doing for years. I have served at the Ebenezer Church for the last 15 years, focused on people’s issues, health care reform, voting rights, and the dignity of work. And we are building a strong movement, that will indeed flip the state. I’m excited and encouraged by what we’re seeing on the ground.

You are the fifth senior pastor of Ebenezer in its 134-year history. Why did you choose to run for office, and do you plan to incorporate any of King’s principles in your policymaking?
I am a first-time candidate, but I don’t feel like I launched a campaign in January as much as I did the campaign that I’ve been on for years, namely, this idea that healthcare is a human right. And it is certainly something the richest and most powerful nation on earth can and ought to provide its citizens. The dignity of work, voting rights, this is work that I’ve done from the pulpit of Ebenezer Baptist Church, where we built a one-stop shop, wraparound services for ordinary people, and a Job Center located there. Folks helping people start small businesses, connecting to the services that they needed. We’ve been very active as a church in the work that we are doing, registering and educating voters and addressing huge disparities in our criminal justice system. And so, the launch of the public office is just an opportunity for me to translate my activism and agitation into legislation, my protest into public policy. It doesn’t feel like a huge leap for me as much as it seems like one more step in my ongoing project to create the dialogue that can foster a more inclusive and justice-centered Georgia.

Dr King was deeply influenced by Gandhi’s principles of non-violent social change. Are Gandhian principles relevant in the time of the Black Lives Matter movement?
Oh, absolutely. Gandhian principles are relevant and much needed. We’re in a moment in America, where division and hatred and violence have become all too common in our politics and in our public life. We have a crop of leaders in office now– I don’t know that they are leaders– who don’t know how to lead us until they try to divide us. They seem to be more adept at division than vision. So, we need in this moment, moral leaders, who remind us of who we are for one another. Our diversity is our strength. And we want to celebrate it in every way. So, I will contain and lift up Gandhian principles of nonviolence. And the good news is that in the wake of these tragic flashpoints that we saw this path covered– George Floyd, Breonna Taylor, Ahmaud Arbery, so many others, that’s the bad news—but the good news is that we saw a multiracial, multi-generational, multi faith coalition of conscience pour out into American streets responding to one virus while masking up to protect themselves from another virus. I’m encouraged that the protests we’ve seen, contrary to what the trackers are trying to suggest, are overwhelmingly nonviolent, disciplined and well-organized. And now I think we are seeing that same passion being channeled into voting, as people march to the polls. And this is very encouraging. And I think it is an important path towards constructive change.

You are one of 20 candidates running in Georgia’s 2020 Senate Special Election. If you win, you will be the first Democratic senator elected from Georgia in two decades, and the first African-American senator from Georgia ever. What does your win mean in a broader spectrum of things?
When I think about my own story, it is one with the American story. This is the land of opportunity and possibility. We don’t always live up to that ideal but there’s always been a path in America, working through the gaps, and helping us to grow taller to reach that ideal. I grew up in public housing down in Savannah, Georgia. One of 12 children in my family. I’m the first college graduate. I’m a product of Pell grants and low interest student loans – ways in which we’ve used government to try to give ordinary people a chance. And so, my election to the Senate would be one more indication that the American dream is very much alive. That in this country, no matter where you live and how you got started, you can go somewhere else. So I feel deeply honored to represent the people of Georgia in the US Senate. And I work hard every day to make sure that kids like me– and when I say kid like me, I don’t mean just the poor kid from public housing in Savannah Georgia– but poor rural white rural communities in North Georgia have an opportunity, that members of the South Asian community and our Latin-American sisters and brothers know that they do have a share in the American dream. It’s when there’s a path to all of our children that we create the best Georgia and the best country that we can.

Are you satisfied with the way Georgia has responded to the coronavirus pandemic?
No, not at all. I think that the people of Georgia have proven to be courageous. There is a severe leadership vacuum at the state level and the national level. To this pandemic, we need a coordinated response. We need to take this seriously. People are dying. And many of the deaths are totally unnecessary. And we need leadership. So, I’m proud to offer myself for the United States Senate.

You have fought for Medicaid Expansion and pushed back against proposed cuts to children’s health care programs. What are your priorities with healthcare?
Number one, we need to expand Medicaid in the state. That is an issue that is decided at the state level but the thing a United States senator can do, is make it even easier than it already is, for Georgia to expand Medicaid. Southwest Georgia Regional Medical Center is slated to close in a matter of weeks. We’ve had seven hospitals close in our state in the last decade and two more announced that they’re going to close. They are closing in large measure because we’ve refused to expand Medicaid. By refusing to expand Medicaid, it isn’t as if Georgians are going to get a refund on their federal income tax. No, we’re just subsidizing health care in other states like Illinois, New York, California, while our hospitals are closing. This imperils not just poor people who need Medicaid, but anybody in that region needs to get to a doctor in time. So, I’ve been standing up for healthcare. I believe that healthcare is a human right. I intend to reduce the costs of prescription drugs and to make sure that the farmer has to negotiate their price. After all, we believe in free market in this country and I intend to make sure that we do not raise the age for eligibility for Medicare and that we make sure that young people under the age of 26 can remain on their parent’s insurance. Healthcare is a human right. We should not be getting rid of the Affordable Care Act in the middle of a pandemic. We should be looking for every way to extend it and strengthen it.

More Indians who have never been politically active before are coming out in support of you. What do you know about the community and the culture?  And why should the community vote for you?
I have spent my whole career trying to bring people together. I have great respect, love and appreciation for the Asian community, for my Indian-American sisters and brothers. And every time I’ve tried to do work that matters, whether it’s voting rights, or healthcare, I’ve always been very intentional about building a multiracial, multi ethnic coalition in order to do so. And so, I’ve been very outspoken against bigotry, wherever it rears its ugly head. We’re seeing that in recent days, even at the highest level of our government, as people try to politicize the pandemic, and then attaching to it, a kind of stigma against Asian people in general. We can’t stand for this. We have to stand up for one another. I’ve done that my whole career as a citizen. I will make sure that these communities are being protected in terms of the public policy, we would pass in the United States Senate.

Howzabout this America-hating phony Christian “pastor” stick it where the sun don’;t shine?