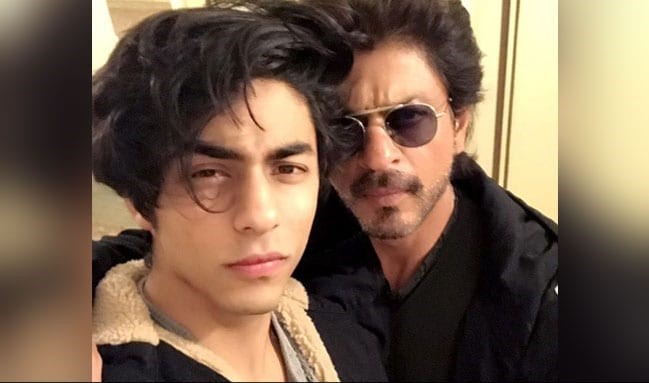 New Delhi, June 18 (IANS) Bollywoods ‘King Khan Shah Rukh Khan will be bringing the life of King Mufasa alive with his voice in the Hindi version of Jon Favreaus re-imagination of Disneys classic “The Lion King”. It shows how Hollywood franchises are adding a Bollywood twist to get it going in India.

Shah Rukh is dubbing for the film along with his son Aryan, who is lending voice to the character of Simba, in the upcoming live-action movie.

“Glad to be a part of this journey… A timeless film. Voicing it in Hindi with my own Simba. The last time we did a film was around 15 years ago and it was ‘Incredible’ and this time around it is even more fun,” SRK said.

It is important to note that Hollywood films are scripting a success story in India. Now, the studios have started to add diverse and more relatable chapters to appeal to a bigger audience.

“Today, every actor and performer comes to the project with their own following. And that is very important,” screenwriter Mayur Puri, who is also working on the Hindi version of “The Lion King”, told IANS.

Explaining the thought, he said: “Hindi and other versions of Hollywood films were for people who weren’t accustomed to the world of Hollywood films. If you have to create new audience and show them something that they are not used to watching…We are adapting and localising the content in a way that when they go to watch the film they feel that it’s their own film…

“Now, when we are casting for the bigger project, the aim is it’s a beautiful and lovely story and it should reach to as big an audience as possible. A big name and star really helps.”

It is homecoming for Shah Rukh as he was the one who started the trend by dubbing for the Hindi version of “The Incredibles” along with Aryan back in 2004.

The trend is shining bright with more star power.

There’s more to the story. Bollywood’s ‘khiladi’ Akshay Kumar had lent his voice to a robot superhero Optimus Prime in “Transformers: Dark of the Moon”, and actor Varun Dhawan dubbed for Chris Evans in “Captain America: Civil War”. Disney’s blockbuster hit “The Jungle Book” had a host of Bollywood stars as dubbing artistes, including Nana Patekar, Shefali Shah, Priyanka Chopra and Irrfan Khan.

Sonakshi Sinha and Imran Khan lent their voices for the dubbed Hindi version of “Rio 2” as well.

Arjun Kapoor got attached to the legacy of “Ice Age” franchise by dubbing for “Ice Age: Collision Course”, Rana Daggubati entered the “Avengers: Infinity War” universe by lending his voice for super villain Thanos for the Telugu version.

It was time to suit up for actors Siddhant Chaturvedi and Sanya Malhotra as they lent their voices for Chris Hemsworth and Tessa Thompson’s role, respectively, in the Hindi version “Men in Black: International”, released by Sony Pictures Entertainment India in the country on June 14.

In the past, actor Arshad Warsi became the Hindi voice of Johnny Depp’s character Captain Jack Sparrow in “Pirates of the Caribbean: Salazar’s Revenge”.

The trend is not limited to actors. Singer Armaan Malik lent his voice to the character of Aladdin in the Hindi version of “Aladdin”.

But the task of dubbing comes with it own challenges.

“I discovered (the process of dubbing) along the way…It is quite a tedious process. There are loads of challenges that one faces while trying to translate into the Hindi language… Sometimes the joke and the punchline does not directly translate into Hindi cultural context, so the cultural translation is one of the biggest aspects,” Ranveer had told IANS while sharing his experience of working on the project.

In the same vein, Siddhant said: “It was quite overwhelming to dub for Hemsworth’s character. He has got a great voice and to make up for that was a tough challenge.”

Sanya called dubbing for the film as “unique and challenging”.

For now, Bollywood stars are enjoying their tryst with Hollywood, and it’s making the right noise in the country as well.