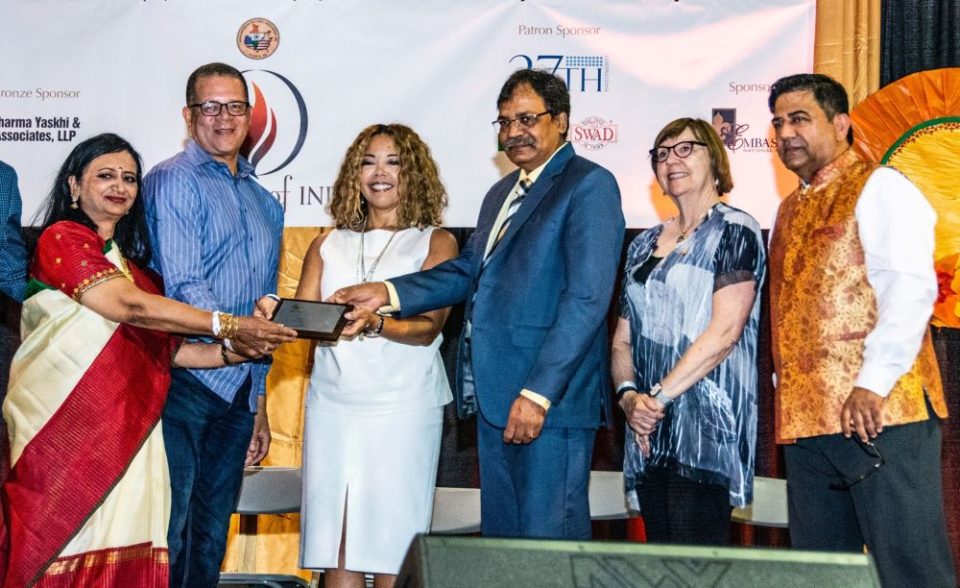 The landmark festival showcased India at its cultural and intellectual best with spectacular performances from over forty popular dance and music academies across Atlanta and an interesting line up of seminars on diverse themes. The back to back performances included performers of multiple ages, genres, and a range of dance and musicals, both classical and contemporary.

“IACA is one of the premier community organizations in the country which encompasses all sections of our communities that functions democratically. We proudly have been presenting FOI for last 23 years and hopefully will do so for many decades for our kids and everyone else,” stated IACA Chairman Ani Agnihotri.

“I’m just really happy for your independence and so happy that you bring such value to America, and value to this district,” said Congresswoman Mcbath.

“The Indian people have added richness to our culture, with the beautiful colors, the music, the food and your ethics,” quoted Senator Kirkpatrick.

“IACA has been keeping the flag of India high here, showcasing Indian culture to the native Americans and also fostering relations between the two countries,” complimented Consul Asim Kumar.

Various members and organizations of the community who have contributed and supported IACA over the years were felicitated during the VIP hour.

Seminars with topics including Unleashing the next wave of entrepreneurship in India, by Madan Padaki, Managing Trustee, Head Held High Fdn, Co-founder & CEO of 1Bridge, Co-founder, Global Alliance for Mass Entrepreneurship and Strategic Advisor to UNICEF India, A Moment of Insight: A Path to a Better Mindset by Dr. Suvrat Bhargave, Psychiatrist, Educator, Radio Personality, and Author of “A Moment of Insight: Universal Lessons Learned from a Psychiatrists’s Couch” (Pinnacle Press) and Book reading from his debut book, Not Native: Short Stories of Immigrant Life in an In-Between World (Wising Up Press) by Murali Kamma, Managing Editor, Khabar magazine added interesting dimension to the festival.