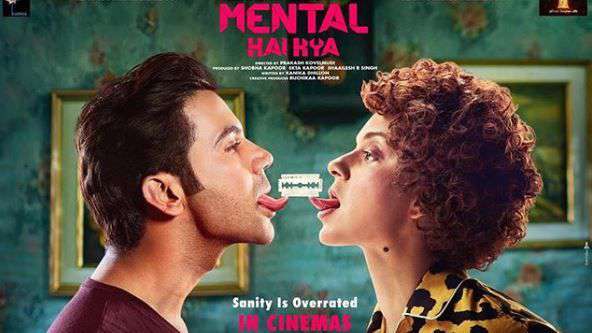 The IMA, along with the Indian Psychiatric Society (IPS), has appealed to the film’s makers to withdraw the teasers and revise the title and content too if it has any such provocative sequence, dialogue or song, read a statement.

“The title ‘Mental Hai Kya?’ is clearly derogatory to people fighting with their mental maladies. It is sarcastic and ridicules persons in pain. The best term to describe the sufferers is a person with mental illness.

“This term clearly communicates that mental illness is not a criterion to reject a person as a whole. The fact is that this sensational imagination is a perfect example of pathological risk taking behaviour.

“But the title of the film loudly ridicules persons with mental illness which is not only unethical and inhuman but also illegal,” Santanu Sen, National President, IMA, said in a statement.

Sen has appealed to the Ministry of Information and Broadcasting to intervene and urged the censor board to get the derogatory title and content censored or modified.

A post from the official Twitter handle of TLLLF, an initiative launched by Deepika in 2015, read: “It is time we put an end to the use of words, imagery and/or the portrayal of persons with mental illness in a way that reinforces stereotypes.

“Many millions who suffer with mental illness in India already face tremendous stigma. Therefore,it is extremely important to be responsible and sensitive towards the needs of those suffering.”

These reactions come just two days after the IPS wrote to the Central Board of Film Certification (CBFC), raising objections to the film’s title.

Several psychiatrists had also taken to social media to slam the imagery and title when a poster of the film was launched recently.

However, Rangoli Chandel, Kangana’s sister, has not taken kindly to the criticism against “Mental Hai Kya?”

Directly responding to the post by Deepika’s TLLLF, Rangoli tweeted: “Dear TLLLF, Ms. Ranaut who is recipient of three National Awards and one of the driving forces of feminism movement in India through her films like ‘Queen’ and ‘Manikarnika’, is one of the most responsible artistes. To jump the gun and assume the worse is nothing but immature.

“All I can say is that for ‘Manikarnika’ we held screenings for school children in many states of India. After ‘Mental Hai Kya?’, we would like to do the same with you… Genre of the film is such (thriller) that we can’t reveal the exact plot or the parts that the characters are playing, but of course we will acquire all the certificates we need to in order to show case the film to public.”

She urged them not to be “Karni Sena”, referring to the outfit that had protested against Deepika’s “Padmaavat”.

“Don’t jump the gun, I assure you, you will love the film,” she wrote.