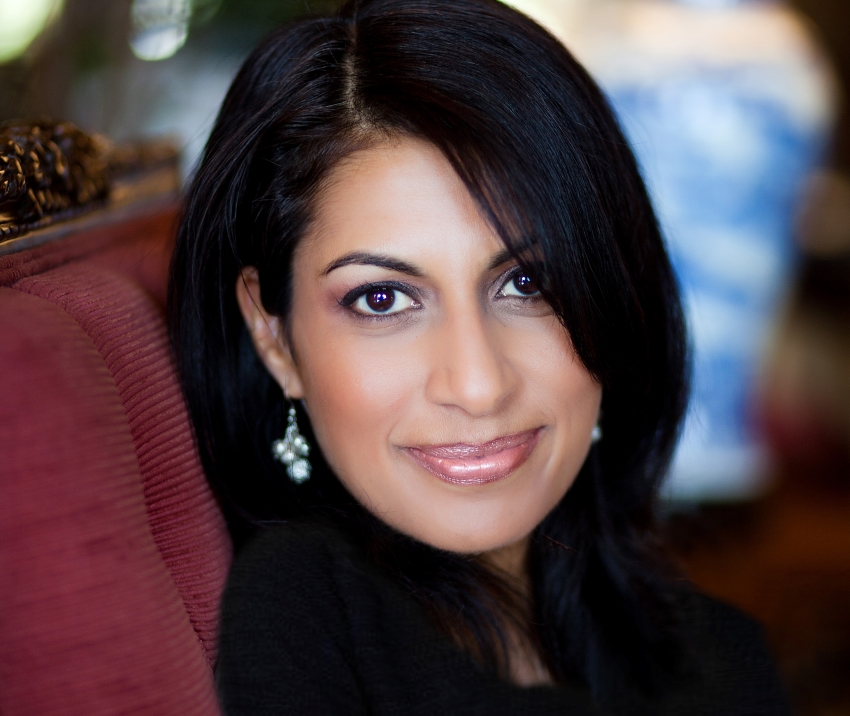 Indian-American author Shilpi Somaya Gowda’s first two novels, Secret Daughter and The Golden Son, have sold over two million copies worldwide. Now, she is back with her third novel, The Shape of Family. A visceral study of a California family affected by tragedy, The Shape of Family explores the themes of loss, guilt, grief, and ultimate healing with great sensitivity.

The Olanders are a multicultural California family living the American dream. Mother Jaya is the daughter of Indian diplomats, raised around the world. Father Keith is a workaholic banker from Philadelphia with middle-class roots. Teenage daughter Karina and young son Prem complete the family. A sudden tragedy tears this close-knit family apart, as each member of the family grapples with their collective loss in their individual way.

In an interview with this writer, author Gowda spoke about loss, grief, identity, and the research that went into writing The Shape of Family.

“Loss and grief are something that touches all of us at some point in our lives, and it can affect individuals and families quite differently,” she said. “The same person can have several different emotional reactions as she grieves over time. In this story, I separate some of these responses into different individuals to show how well-meaning people can still fall away from each other in the face of tragedy, and also to show the indelible strength of family in underpinning our lives.”

The story, told from the perspective of all four members of the Olander family, is also a deep exploration of identity, a longing to belong—themes that immigrant families can deeply relate to.

The immigrant mother wonders if the term “Indian-American” truly captures her identity. Or if America would be eternally in her blood like India was, were she to move out of the country.

Daughter Karina has a deep yearning to belong, which leads her away from her family, down a dark, self-destructive path.

Gowda told NRI Pulse she has been shaped, as a person and a writer, by the fact that she comes from a family of immigrants, going back several generations.

Born and raised in Toronto, Canada to Indian immigrant parents, Gowda moved to the US for college, graduating with a Bachelor’s Degree in Economics from the University of North Carolina at Chapel Hill, before heading to Stanford for an MBA degree. She now lives in California with her husband and children.

“Both sides of my family have migrated the globe from all over South Asia, East Africa, the Middle East, Western Europe and North America. I have always thought of nationality and culture in a multi-faceted way. I feel a connection to India, where most of my extended family live, to Canada where I was raised, and to America where I’ve lived the longest.”

“I definitely explore this idea of multiple cultures melding and clashing within marriages, families, and society within my writing.”

While grief is a heavy theme, Gowda seldom lets the narrative turn melancholy, even as she fleshes out poignant scenes. Interestingly, The Shape of Family includes the point of view of the dead child, who laments the break-up of his family.

Gowda said she didn’t plan on writing from Prem’s point of view after his death, but it came to her very organically.

“After writing the scene in which he dies, I was so distraught that I felt as if I really wanted to hear his voice and know he was OK. So, I turned the page and began writing from his perspective, mainly for myself. As the story progressed, and the remaining members of the family drift away from one another, I realized that Prem was the only one who could shed light on who his family used to be, and what was happening to them now. So, I continued to include his point of view, and my editors thought it became the heart of the novel.”

Prem is also the medium through whom Gowda imparts profound insights into life. “There are many ways to die without actually leaving the world,” he says in the concluding chapter. “You can cut off a piece of yourself, or your feelings. You can stop doing things you love, or lose sight of your dreams and goals….. These may all look like ways of living, but they’re not. They’re ways of dying.”

Gowda also skillfully weaves intrigue into the plot, when Karina abandons her college life to join a commune called The Sanctuary.

“I have long been intrigued by cults, those who join and those who lead them,” Gowda said.

To delve into that world, she read and watched everything she could find, and two experts she consulted were of tremendous value. Paul Morantz is an investigator/attorney, whose memoir, Escape: My Lifelong War Against Cults, details his harrowing experiences as a cult prosecutor. Rick Ross founded the Cult Education Institute and wrote the book Cults Inside Out.

“Rick was very generous in speaking with me on several occasions, helping me comprehend the mindset of both nascent cult leaders and those who fall prey to their manipulations,” she said.

The end result of the research is a fascinating look not only at life inside a cult, but also into the reasons why people join.

The Shape of Family is a must-read for anyone who has wrestled with issues of identity, and the pain of loss. And that’s every one of us!

*Veena Rao is the editor-in-chief of NRI Pulse and the author of the upcoming novel, Purple Lotus.