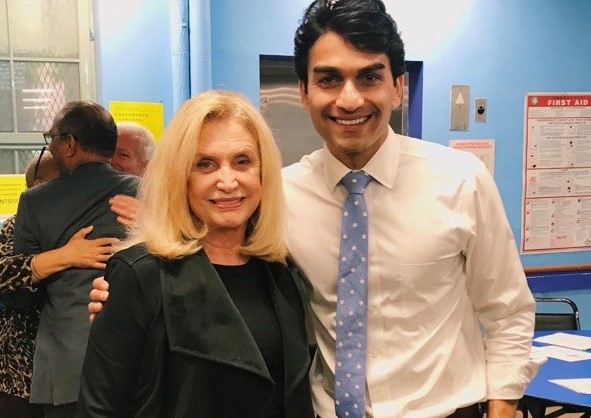 New York, June 30 (IANS) An Indian-American candidate for the Democratic Party nomination to run for Congress from a safe party seat in the city has asked a court to supervise the counting of votes in a tight race where he is lagging by just 1.6 per cent of the ballots counted so far.

In the US system, intra-party elections known as primaries are held to select the party candidate to run in the general election.

There are about 39,000 absentee ballots that were delivered in person or by post to be counted and they exceed the in-person votes as more voters opted to vote by mail because of the COVID-19 epidemic.

Several irregularities were reported in the primary elections. There were complaints that some voters were given incomplete ballots, others failed to get the absentee ballots they had requested and some found their polling station changed.

“Voter suppression is a real thing. And it’s not just real in Republican states. It’s also real in the Democratic Party,” he told MSNBC TV.

“We’re prepared to fight to the last tooth and nail to get every single vote counted.”

Patel asserted that Maloney outspent him by $2 million collected mostly from corporate interests, while he has not taken corporate money.

If Patel wins the primary, he will be assured of being elected in November as the constituency he is running from is staunchly Democratic.

He will then join the “Samosa Caucus”, which is the name the four Indian-Americans in the House of Representatives have given themselves.

The four — Raja Krishnamoorthi, Ami Bera, Ro Khanna and Pramila Jayapal — are expected to retain their seats in November.

This time he ran a very well-organised campaign and has said that his volunteers made 1 million phone calls to constituents and conducted over 100 video meetings over Zoom.

Although a businessman, who is a former president of the family-owned hotel company, Sun Group, he advocates a progressive agenda that includes reducing income inequality and the racial wealth gap.

He said that when his father immigrated to the US, he first ran a shop while working nights repairing tracks for New York City’s metro rail system before buying his first motel and building up the multi-hotel company.

Patel is a lawyer and teaches business ethics at New York University.

He worked on the President Barack Obama administration’s advance team that arranged the logistics for the president’s travel, meetings and international conferences.

Patel has said in a tweet that he has been subjected to racist and bigoted attacks.

One hate email from a Maloney supporter that he cited called him one of the “Hindu cow worshippers and cow p— drinkers”.

An Indian-American is leading in another New York Democratic primary.

Jenifer Rajkumar is ahead in the race for the Democratic Party nomination for a New York State Assembly seat from the city.

The absentee ballots are still to be counted in the three-way race in which Rajkumar got 52.1 per cent of the in-person votes cast in polling booths, while incumbent Mike Miller obtained 25.8 per cent.

It is a safe Democratic seat where the party candidate is assured of winning the November election.

If she wins the Democratic nomination she will become next year the first Indian-American to serve on New York State Assembly.

In 2018, Kevin Thomas became the first Indian-American elected to the state Senate.

Rajkumar had previously lost primaries for the city council and for the state assembly from a different constituency.

The lawyer and adjunct law professor is a former state director of immigration affairs and special counsel for the New York Department of State.

In neighbouring New Jersey, another Indian-American is running for a Democratic Party Congressional nomination in next Tuesday’s primaries in that state.

Arati Kreibich, a neuroscientist, is challenging the sitting Democrat Josh Gottheimer accusing him of siding with the Republicans in Congress.