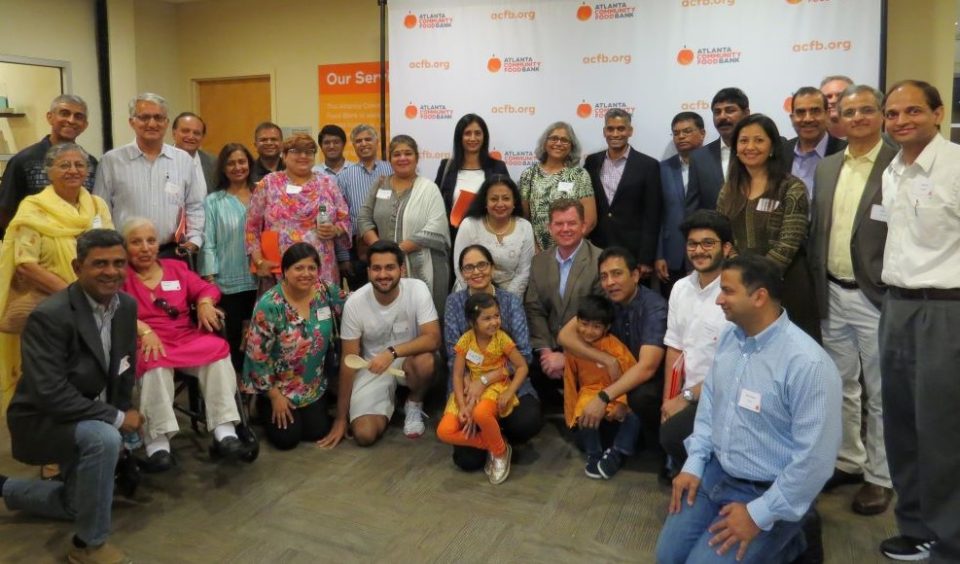 Atlanta, GA, November 8, 2019: On October 2, 2019 – the 150th birth anniversary of Mahatma Gandhi – the Indian American Council (IAC) for the Atlanta Community Food Bank was launched to a packed room of community members including city and state government officials.

With the rallying cry of “Hunger Mitao!”, which means Wipe Out Hunger, the council aims to raise hunger awareness, improve engagement, and channel resources and contributions of the region’s Indian American community in support of the Atlanta Community Food Bank’s mission.

An exciting legacy-building opportunity was also announced at the launch: individuals and businesses who commit to funding the IAC’s first 1 million meals for the Atlanta Community Food Bank will be inducted into the Food Bank’s IAC Founders Circle.

Many participants have already stepped up and committed to the “Hunger Mitao” movement! In addition, the Food Bank is hosting a holiday volunteer opportunity especially for Atlanta’s Indian American community on Saturday, December 7th, from 1:00-4:00pm at the Atlanta Community Food Bank. Space is limited to 50 people.

Philanthropists and Co-founders of the Indian American Council, Raj and Aradhana (Anna) Asava originally launched the IAC in Dallas for the North Texas Food Bank in September 2017.

“The IAC is a volunteer movement which enables us to increase our impact exponentially through collective philanthropy,” said Aradhana.

“In the spirit of ‘give where you live,’ the Indian American community – led by IAC – has enabled 7 million meals through food banks across the country in just two years,” said Raj.

“The Indian American community in Atlanta has always shown support for the Atlanta Community Food Bank but to have this dedicated group form an official council solidifies their commitment to helping their neighbors in need. We look forward to this meaningful new partnership,” added Waide.