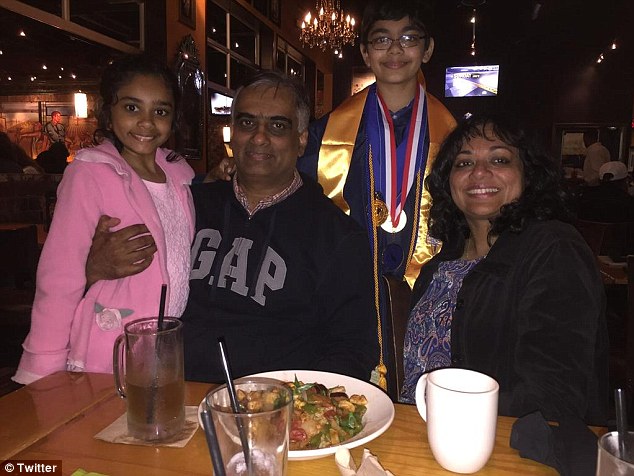 Washington, May 23 (IANS) An 11-year-old Indian-American kid, has graduated from a Californian college with three associate degrees in math, science and foreign language studies. At an age, when most kids of his age are busy scrolling through iPads or smartphones, this Indian American is different.

“This is not much of a big deal to me,” said Abraham, who graduated with a 4.0 score and three associate degrees.

Abraham not only plans to become a doctor, but also win a Nobel Prize. Besides, he wants to become the US president in future.

Last year, he received his high school graduation diploma at a private ceremony in front of his friends and family.

He even received a congratulatory letter from the US President Barack Obama.

According to Abraham, some of his fellow graduates were “intimidated” by him but “a lot were really happy that there was a kid in their class”.

“Even in kindergarten, he was pretty ahead, a few years ahead — and then it just went from there,” Abraham’s mother, Taji Abraham, a veterinarian, told KCRA-TV.

One of the best aspect of his graduation was his college graduation cap. The boy wrote his favourite “Toy Story” quote on the top of the cap:“2 Infinity and Beyond.”

He later thanked his parents for their contributions to his learning — and posted several photos of himself and his family on Twitter having a meal at “my favourite restaurant’ to celebrate his graduation.

Abraham was just four-years-old, when he was accepted to MENSA; a group for people whose Intelligence Quotient (IQ) is in the top two percent of the population. His younger sister aged four also became a member.

During his childhood, he wrote astronomy blogs for NASA. Exhilarated, Abraham is planning to take an eight-week Calculus II course this summer and also a family vacation.