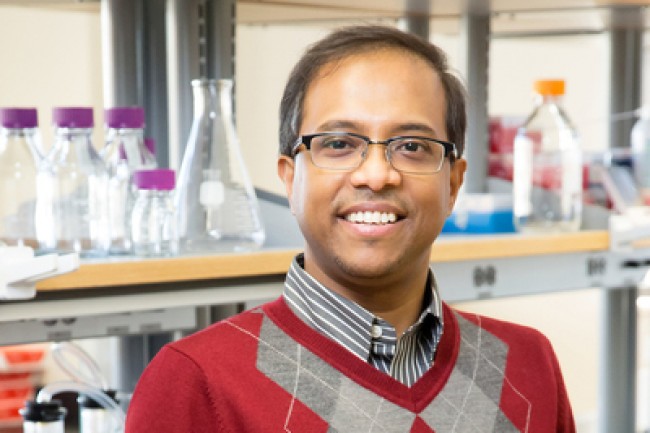 Curcumin is the active ingredient of turmeric (haldi), the ubiquitous kitchen spice that gives curry its yellow color. Turmeric has been used in India for thousands of years as a spice and medicinal herb because of its powerful anti-inflammatory and strong antioxidant property.

Curcumin is also known to exhibit anti-cancer properties, but its poor solubility in water had impeded curcumin’s clinical application in cancer. A drug needs to be soluble in water as otherwise it will not flow through the bloodstream.

Despite decades of research, the development of efficient strategies that can effectively deliver poorly water-soluble curcumin to cancer cells had remained a challenge.

A team headed by Dipanjan Pan, associate professor of bioengineering at UIUC, has now found a way out.

“Curcumin’s medicinal benefit can be fully appreciated if its solubility issue is resolved,” Pan told this correspondent in an e-mail.

Pan’s laboratory collaborated with Peter Stang at the University of Utah on ways to be able to render curcumin soluble, deliver it to infected tumors and kill the cancer cells.

Because platinum is a commonly used cancer therapeutic agent in the clinic, the researchers decided to experiment with a drug consisting of a combination of platinum and curcumin.

“It is a combination of clever chemistry and nano-precipitation utilising host guest chemistry,” Pan explained. “The sophisticated chemistry leads to self-assembled hierarchical structure that drives the solubility of curcumin and simultaneously delivers an additional anticancer agent, i.e. platinum. The combined therapeutic effect — of curcumin and platinum — is lethal for the cancer cells.”

The team has reported its work in the “Proceedings of the National Academy of Sciences” in the US.

According to their report, the metallocyclic complex created using platinum “not only enabled curcumin’s solubility, but proved to be 100 times more effective in treating various cancer types such as melanoma and breast cancer cells than using curcumin and platinum agents separately”.

“Our results demonstrate that curcumin works completely in sync with platinum and exerts synergistic effect to show remarkable anticancer properties,” says the report. “The platinum-curcumin combination kills the cells by fragmenting its DNA.”

“Extensive animal studies are in progress in my laboratory, including in rodents and pigs,” Pan said. His team also hopes to prove that this method will be effective in killing cancer stem cells — the birth place of cancer cells — thereby preventing the recurrence of cancer.