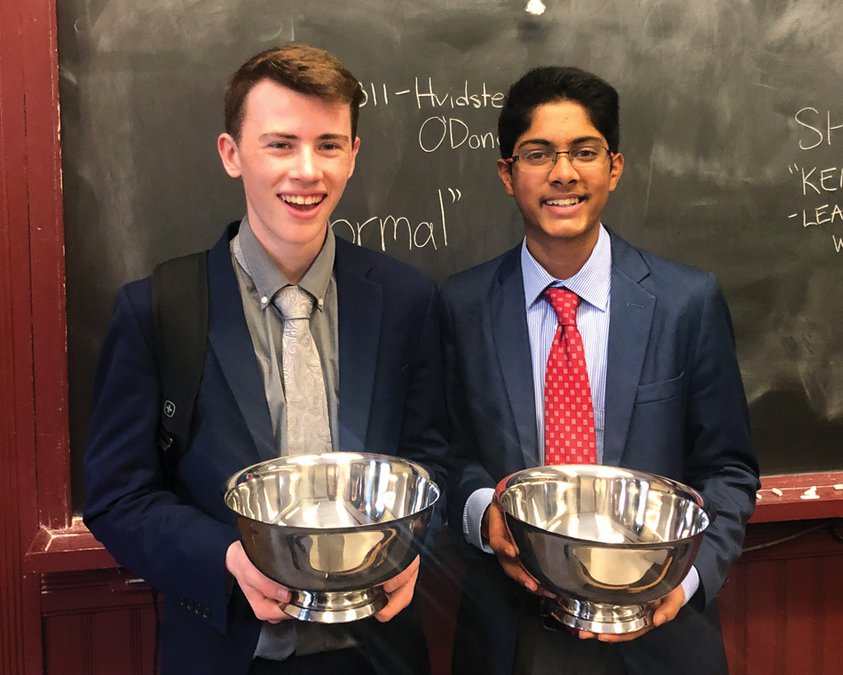 Vinayak Menon was also recognized as the top speaker in the competition.

The Harvard National Forensic Tournament held in Cambridge each President’s Day Weekend, is the largest and most prestigious debate tournament in the country. The competition was a three-day event with round robin preliminaries and elimination rounds. The topic of this year’s debate was ‘The United States should end its arms sales to Saudi Arabia”. Students were evaluated on the validity of their arguments and presentations.

Vinayak has been learning to debate for the last two years, developing skills for public speaking, analysis and critical thinking.

Vinayak has been an Atlanta resident since 2015. Outside of debate, Vinayak is active in supporting after school programs for under-privileged kids.

“To bring home the top prizes from this prestigious competition is a thrilling experience. It was an amazing experience to walk through the Harvard Square and debate in the historic class rooms of that institution. All of this would not be possible without the support of wonderful coaches and teachers helping me in this journey”, Vinayak said.