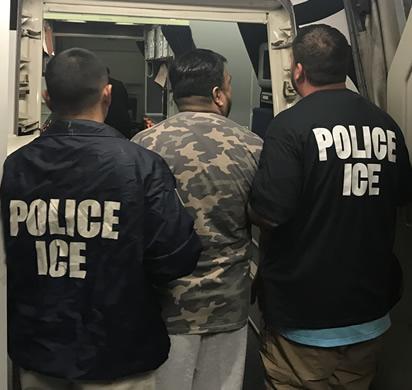 Atlanta, GA, April 8, 2019: An Indian national removed  by U.S. Immigration and Customs Enforcement (ICE) for immigration violations and turned over to Indian authorities is wanted in his home country on attempted murder, criminal conspiracy, extortion, forgery, cheating, theft, abetment use and possession of illegal firearms, and transmission of information by using the internet to form an organized crime syndicate.

Radiowala, entered the U.S. illegally. ERO Newark arrested Radiowala on Sept. 20, 2017 in Iselin, New Jersey, and he was later ordered removed to India by an immigration judge. The Board of Immigration Appeals (BIA) dismissed his appeal. He was held in detention by ERO Newark until his removal on April 1, 2019.

“This individual’s long list of criminal charges in his home country, including attempted murder, show that he was a danger to the community here in the U.S.,” said John Tsoukaris, field office director, ERO Newark. “The courageous and targeted efforts of our officers show our ongoing commitment to public safety.”

Radiowala allegedly gave the contracts to kill Bhatt and Morani from the US, at the behest of Pujari. Last year, a court in India Radiowala’s brother Anees, and nine others guilty in the Bhatt case and sentenced them to five years imprisonment. The trial in the Morani case is on.

US hotel chain to pay $12mn for sharing guest lists